Lyon has a final chance to attempt a top three finish. However, playing against 9th placed Nice should be a tricky last fixture for the hosts. More details in this Punditfeed preview.

As both teams prepare for the last game of the 2020/21 Ligue 1 season, Punditfeed has prepared the best three and bias-free tips for these fixtures. Take a look.

Note: The odds for Lyon vs Nice game are correct on Betfred at the time of writing. Please confirm your betslip with the bookmaker before placing your bet.

Lyon to win the first half

Lyon has had one of the best seasons and we believe winning their last game of the season would be a good way to crown it all. The hosts come into this game with a better form and great results than Nice. Lyon has scored at least three goals in their last three games, all of which they won. On the other hand, Nice has failed to register successive wins since the start of April. They come into this game with a 2-0 defeat and only one victory in the last three games.

Lyon to win both halves

Another value bet is backing Lyon to win both halves. Nice has won only twice in eight trips to Groupama Stadium in Lyon. It is unlikely that that will get a third victory on the road in the last game of the season. Moreover, while the hosts hope for Champions League places with victory in this fixture, Nice has little to fight for.

Lyon midfielder, Lucas Paqueta has been on target in the last two games, scoring three goals in total and getting one assist. He was the best rated Lyon player in the last game and we expect the Brazilian to wind up the season in fine form. Paqueta is the fourth-best Lyon scorer this season and backing him to score again comes with a value bet on Betfred.

This fixture bears more significance to Lyon than it is to the visitors. But can the hosts get the fourth straight victory in four consecutive matches?

Winning this game is a priority for Lyon and so, we expect Rudi Garcia to field a strong squad against Nice on match day. The visitors have only won twice at the Groupama Stadium. Moreover, Lyon boats of the fourth-best home form this season, losing only four times in 18 home games. Two of the host’s home defeats in the last five home fixtures have been against strong sides in Lille and PSG. Apart From that, Lyon looks set for a strong finish this season with a win on Sunday.

The fact that Nice has little to fight for in this game narrows their chances of winning. Perhaps a point for Adrian Ursea and his squad would signal a strong finish this season. However, getting seven away victories, drawing four times and losing seven times this season shows just how much the visitors have been unsteady on the road.

Lyon vs Nice: the Best Odds, Team Stats and H2H

The following tables summarize team stats and H2H for Lyon vs Nice. Also, make the most of the table that features the best odds sampled from leading UK bookies. 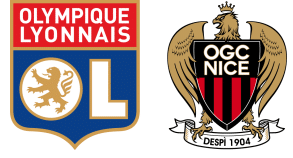 Which team are we backing to win this game?

Lyon should easy edge out Nice in their last game of the season.

Which team has conceded more goals this season?