The home team is still stuck in last place, and we see no sign of them getting out of it. The Horses are just one point behind the leader, waiting for an opportunity to take the top spot. To set the right bet for Lyngby vs Randers, read about our predictions and betting tips for free:

The Best Picks and Betting Tips for Lyngby vs Randers

We think The Horses will get all three points as in their last 6 meetings with Lyngby, they have won 4 times and drawn 2. Although The Royal Blues have proven to be stronger at home, they have not won their first game after five games. In the last h2h, Randers won 3-1.

We expect a lot of goals in this match for many reasons, in the two Lyngby home games, there were a total of 10 goals, and in both games, the result was over 3.5 goals. The score was over 2.5 goals in each of the last 5 h2h.

The Royal Blues are a goal machine when they play at home, but they also concede a lot of goals. Their record is 5 goals for and 5 against in just two games. So we predict that both will score at least once.

The Royal Blues had another away defeat, for Freyr Alexandersson’s team it has been impossible to score away from home. The last goal was scored by AGF, who scored the only goal of the game in the 20th minute. From there on, Lyngby had the ball and many chances to score, but they couldn’t beat the goalkeeper who had many saves. With the draw, The Royal Blues are in tenth place with only 2 points.

On the previous matchday, coach Thomas Thomasberg’s team stayed true to their style and the result was a resounding 3-1 win away to Copenhagen. Although The Lions dominated the game in almost every aspect, The Horses dominated the most important aspect of the game, scoring. With only 34% possession and four shots on target, Randers scored on three occasions, while Copenhagen had twice as many chances but came up against goalkeeper Patrik Carlgren who made seven saves.

A Quick Review Of Lyngby vs Randers Stats and Odds

If you want to bet on the top odds for Lyngby vs Randers, check our selection of odds from the best betting sites:

Main Facts About Lyngby vs Randers 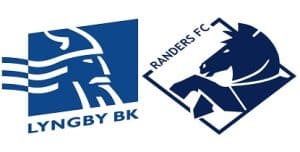 Match scheduled – The matchup will take place on 4th September at 13:00 BTS.

Place – Lyngby is the host at Lyngby Stadium in Lyngby