Lokomotiv Moscow and Galatasaray meet on matchday three in Group E of the Europa League on Thursday. Read our predictions and find the latest odds for the fixture below in our expert match preview.

Group E leaders Galatasaray travel to Russia to take on Lokomotiv Moscow. Read our top three expert predictions for this week’s fixture below.

Lokomotiv Moscow suffered a surprise 2-1 defeat at home to Rostov in their homeland before the international break, though they are usually far more reliable on their own patch. Indeed, Lokomotiv had lost just once in 17 home assignments before that shock reverse and their ability to carve out results at the RZD Arena makes them an interesting price in the double chance market against poor European travellers Galatasaray.

BTTS bettors have enjoyed plenty of success in Galatasaray’s away matches this term and both teams have scored in four of their last six matches on the road in all competitions. Both teams have also notched in five of Lokomotiv’s last six home games and with recent form a compelling indicator, we recommend sticking the to the same BTTS market on Thursday.

Lokomotiv generally don’t concede a ton of goals (13 in 13) and their knack for keeping things tight at the back could open up an opportunity to back them in the +1 goal handicap this week. That bet would have landed in 11 of Lokomotiv’s last 13 fixtures in all competitions – including their Group E home test against Marseille – and we’re tipping the Russians to cover the line again against Galatasaray.

Top Betting Odds and Stats for Lokomotiv Moscow vs Galatasaray 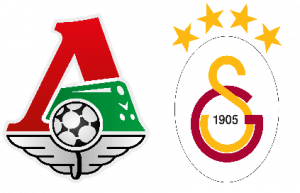 Which bookmaker has the best odds for Thursday’s game.

We recommend checking out the odds at 888sport for Thursday’s Europa League clash.

Lokomotiv Moscow beat Galatasaray 2-0 when the teams last met in the Champions League back in November 2018.