The Livingston vs Celtic duel in the upcoming round of the Scottish Premiership could be very interesting given the form of both teams, so check our preview of this game to learn more about it.

Our favourite free betting tips for Livingston vs Celtic

If you can’t seem to find the right bet for Livingston vs Celtic, check our top betting predictions for this match right here:

While Celtic already lost twice in the first five rounds of the Scottish Premiership, which is more often than they are used to, Livingston only managed to get one point in the league after playing five games. So, it’s clear that Livingston is in poor form at the moment. In addition to this, Celtic won the last duel between these two teams 6-0, so they are probably still high on confidence.

Four of the previous five head-to-head duels between Livingston and Celtic have gone over 2.5 total goals, so there’s no reason to expect a different outcome from their upcoming duel. In addition to this, Celtic averaged 3.8 goals per game in the first five round of the Scottish Premiership, while Livingston averaged 2.2 goals per game so far in the league. So, these two teams should have no problems to combine for at least three goals.

Stats, odds, and much more for Livingston vs Celtic

If you want bet on the best Livingston vs Celtic odds, check our selection of odds taken from some of the top UK betting sites:

Livingston vs Celtic preview: An easy job for Celtic?

The team from Livingston has had a bad start to the new season in the Premiership since they are still waiting on their first win in the competition. More importantly, they’ve lost four of the five games, only managing to get one point in those five matches. On a more positive note, only Kabia is currently listed on the team’s injury list ahead of their tough duel with Celtic.

With three wins and two losses in the first five rounds of the Scottish Premiership, Celtic didn’t have as good start as they probably expected. On top of this, the team lost their first game in the Europa League groups against Real Betis in a thriller that ended with a 4-3 Betis win. And, in addition to all this, Celtic currently has four players on their injury list who will miss the upcoming game.

Frequent questions for Livingston vs Celtic 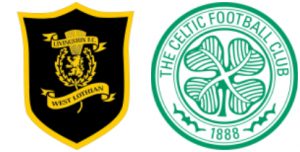