The only League One fixture on the schedule on the 14th will be Lincoln vs Rotherham. Stay tuned to find the best free tips and odds for the match next week.

Below, we have listed the top free betting tips and predictions for the upcoming match between Lincoln and Rotherham this Wednesday.

All odds are from our recommended bookmaker – Betfred. Before you place any of these bets, make sure to double-check the odds on your bet slip because they are subject to change.

Rotherham’s recent away games have gone quite well with four wins out of the last five matches. They also won four out of the last five head-to-head matches they played against Lincoln. Rotherham is currently two points ahead of Lincoln, but both teams are still struggling in the middle of the table.

Tuesday’s match between Lincoln and Rotherham will be the first time they meet after almost two years. Based on their recent form, we believe that Rotherham has a better chance of winning because they will be more confident. Their reasoning is the fact that they won so many head-to-head games that Lincoln hosted in recent years.

There are no suspended or injured players on Lincoln or Rotherham, so both teams will be facing each other at full strength. Considering Rotherham are yet to end a match in a draw this season, we don’t think that is a likely option for the match on Tuesday.

In the tables below, you can check out the most relevant team statistics and scores for the upcoming Lincoln vs Rotherham fixture. 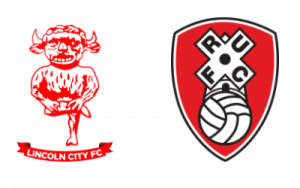