In this Eliteserien fixture, Lillestrom take on the challenge of Haugesund at the Arason Stadion on June 13. We have done extensive research for this preview, so we can help you out with a few free betting tips.

Free Match Tips from Punditfeed for Lillestrom vs Haugesund

Here are some bias-free tips we have put together for Lillestrom vs Haugesund.

Haugesund are out of danger at the moment but only have a two-point advantage over their rivals. On the other hand, the Fugla are at the bottom of the points table and need a positive result to get out of the relegation slots. Their only points of the season in a 1-0 win over Odd, the vanquishers of Bodo/Glimt. With both sides struggling, the match should conclude in a low scoring draw.

Haugesund have failed to score in their two away fixtures this season, with both games ending with less than three goals. Lillestrom’s form is similar, with their last match seeing a similar result. Although it is still early based on the poor output of both Lillestrom and Haugesund, the Under prediction should come true. Two of their last four fixtures have concluded in an Over 2.5 scoreline.

Haugesund average one goal per game, the same tally they have conceded this season. Meanwhile, Lillestrom’s defence has let them down while their forwards struggle to come up with the numbers. With both sides finding it difficult to trouble the scorers, it looks unlikely that trend will be broken in this fixture. It will be a low scoring fixture, where the team taking the advantage likely to try to hold on to the result.

The Fugla secured promotion from the Norwegian second division and are finding it difficult to rise to the challenge. However, they will be pleased with their 1-0 win over Odd and need more of the same if they are to secure survival in the Eliteserien. Chief to this task will be scoring regularly, which has been difficult to achieve for them so far this season. The forwards continue their barren runs in front of the goal with the burden now being shouldered by the midfielders.

The Seagulls continue in the Norwegian top-flight football, keeping content with midtable obscurity. They have managed this through the performances of their backline, which has kept the opposition at bay and allowing their forwards to give them some solace. The tricked worked last campaign and Jostein Grindhaug is looking to repeat it with some changes.  Despite their poor goal return, the positive thing is that the attacking trio of Ibrahima Wadji, Alioune Ndour and Kristoffer Velde all have got goals under their belt.

Looking for the best odds for Lillestrom vs Haugesund? We’ve got you covered. Check out our list of odds from the popular bookies and a few important stats to help you make a good prediction.

FAQ about Lillestrom vs Haugesund

The game is played at the Arasen Stadion.

Lillestorm are favourites in the fixture @ odds of 5/4. 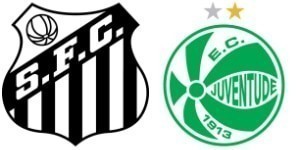