The second leg of the Copa Sudamericana semi-finals between Libertad and RB Bragantino should be very interesting after Bragantino won the first leg. So, check our preview of this game and get some free betting tips along the way.

Our favourite betting predictions for Libertad vs RB Bragantino

If you are in need of some help for betting on the Libertad vs RB Bragantino, check our top betting tips for this game:

Libertad and RB Bragantino to Draw

While RB Bragantino won the first game, Libertad is the favourite in the rematch since the Argentinian team is in better form at the moment in their domestic league. However, we don’t see them winning the rematch and especially not by enough of a difference to reach the final. In fact, our prediction for this match is a draw since that sounds like the most reasonable outcome.

Libertad and RB Bragantino to Draw at Half Time

Both teams didn’t score in the first leg, but we expect to see a more open game in the rematch since Libertad has to chase the win by at least two goals simply to secure overtime and perhaps penalties. Their offensive approach will likely result in a goal, but it will also leave plenty of room for RB Bragantino to score as well, which we expect to happen.

The latest stats and top odds for Libertad vs RB Bragantino

If you are looking for the best odds for Libertad vs RB Bragantino, you can find them right here on our website:

Libertad vs RB Bragantino preview: Can Libertad overcome the deficit?

After losing the first leg, the home team will have to work hard in the rematch if they want to reach the final. So, let’s check the teams out:

One of the best Paraguayan teams in history still has a chance to win their first continental trophy, but the situation is not that great after they lost the first leg 2-0 in the Copa Sudamericana semi-finals. Libertad is currently sitting in the seventh place in the Paraguayan Clausura with have two wins, five draws, and three losses. The team has also lost three of their last five matches in all competitions.

The team that only reached the top-flight of the Brazilian football a few years ago has had a very successful season and they have a good chance to get to the Copa Sudamericana final, which would be a fantastic result for them and a chance to win their first trophy. RB Bragantino is also fifth in the Brazilian Serie A at the moment, but their only win in the last five matches in all competitions is the first-leg win over Libertad. 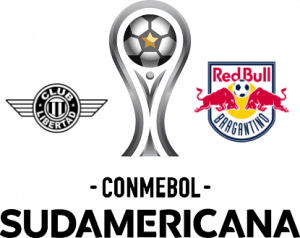