London rivals Leyton Orient and QPR meet for a Carabao Cup First Round clash on Wednesday. Read our free predictions and find the best odds for the fixture below in our detailed match preview.

Leyton Orient and QPR clash in the capital on Wednesday evening in the First Round of the Carabao Cup. Read our top three expert predictions for Wednesday’s fixture below.

Leyton Orient showed their stubborn side last week when they carved out an opening day point against a strong Salford City outfit in League One, though observers following the O’s fortunes in pre-season wouldn’t have been overly surprised by their excellent showing. Orient held Premier League giants Tottenham and West Ham to draws at The Breyer Group Stadium in the summer and their ability to grind out results against better teams makes them an excellent price in the double chance market against Championship side QPR.

Leyton Orient leaned on strong defensive foundations to secure against the odds results in pre-season, and they harnessed that same strength at the back to earn a 1-1 draw at Salford in their first competitive tussle. QPR meanwhile, looked a little flat in attack in their 1-1 tie with Millwall last weekend and Rangers could struggle to break a dogged Orient backline down as a result. With that considered, we recommend backing under 2.5 goals to be registered in London on Wednesday.

Both Leyton Orient and QPR shared the spoils with their opponents on the opening weekend of their league campaigns and the chances of another draw when the teams meet for their cup clash on Wednesday seem high. Orient have drawn seven of the last 13 matches they’ve played at The Breyer Group Stadium and they have the defensive nous to keep QPR at arm’s length there this week.

Experienced manager Kenny Jackett took charge of Leyton Orient for the first time last weekend when he led the O’s out against Salford and the ex-Wales international will be determined to make a positive early impression when he sends a team out at the The Breyer Group Stadium for the first time against QPR on Wednesday. Forward Paul Smyth will be also be out to impress against Rangers having joined Orient from the Hoops in the summer.

QPR enjoyed a fine goal-filled pre-season campaign, though their frustrating inconsistent streak was apparent again when they failed to make home advantage count in their Championship opener against Millwall. Rangers look like they are pairing a physically imposing but pretty immobile front two in Charlie Austin and Lyndon Dykes this season, and the lack of running power up top could hold them back.

Top Betting Odds and Stats for Leyton Orient vs QPR 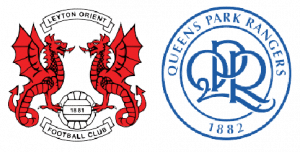 Wednesday’s clash will be played at The Breyer Group Stadium.

Who will be the referee in Wednesday’s fixture?