The Liga MX Clausura match promises to offer a competitive encounter between Leon and Toluca. The best tips for this match would be:

Leon have been impressive when it comes to home matches. They have been able to win four consecutive league matches at home while only drawing the CONCACAF Champions League match against Toronto. On the other hand, Toluca are staring at a fourth consecutive away defeat. Only a few weeks ago, these two teams met each other in a match that provided a 2-1 win for Leon.

The defensive record of Leon has taken a beating of late. Leon have kept a single sheet in the league matches at home since the start of February. Despite being very poor on the road, Toluca have shown an ability to find the goal in a decent number of matches. Toluca have only been unable to score against Atlético San Luis and Juarez in the away matches

Toluca might be struggling for good results on the road, but they have shown an ability to score goals even if they are not picking up points. After failing to score in the two away matches against Leon, Toluca came up with a goal courtesy of Michael Estrada in the last decade in the two teams back in the first week of April.

Leon have been able to put themselves in a great position to finish off the season in style. Since April, the team’s form has improved a lot and they are looking good for five consecutive home wins. This looks a distant memory from the poor form that the team went through in late February when they lost three successive home games.

Toluca will be hoping to retain their positions in the play-offs when they make the difficult trip to Leon. This match is likely to inflict more trouble on a Toluca team that has suffered a handful of defeats in recent matches. Apart from the odd win – like the 3-1 success over America, there has been little joy for Toluca since March.

Top Betting Odds and Stats for Leon vs Toluca

FAQs regarding Leon vs Toluca Coverage and Accessibility 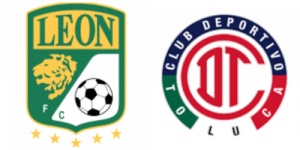 This match will take place at the Estadio León.

Leon are the favourite team to win this match at a price of 4/7.