Estadio Municipal de Butarque will be the location for the league meeting between Leganes and Real Oviedo this weekend. The game could have a significant impact on Leganes’ ability to avoid relegation trouble.

Leganes were able to breathe life into the fight against relegation after a 2-0 victory over Huesca in the last match. This happens to be the first win for Leganes in eight matches. Real Oviedo were held to a 1-1 draw away Las Palmas during their latest league outing.

Leganes might have picked up the recent win over Huesca but the team’s troubles are far from over. The home form is especially a big concern for Leganes, as they have managed just one win in the last seven – against strugglers Amorebieta – games at home. Real Oviedo have lost only once in the last five away matches and they would be a force to reckon with in this game.

One of the strong characters that has resulted in Real Oviedo picking up a decent number of points away from home would be the ability to not give up. The team has not witnessed more than 2.5 goals in four out of the last five away matches, while any of the away losses have not been by more than a single goal margin.

The lack of goals from Leganes has been a problem throughout the season and manager Mehdi Nafti has only seen his team average around a goal per game. Real Oviedo are very resolute defensive outfit and they have conceded only 15 goals so far this season.

Leganes remain in the bottom four even after the recent victory over Huesca, but this result has given a fighting chance for the team to stay up in the division. The club has not closed the gap on safety positions down to just two points. Coach Nafti has no injury problems in his squad coming into the game.

Real Oviedo are just a handful of points away from getting into the top six. However, the team will continue to struggle to put up a good show as long as they do not score a lot of goals. Manager José Ziganda has witnessed just 16 goals from his team in the opening 15 games.

Analysing the La Liga2 Stats for Leganes vs Real Oviedo 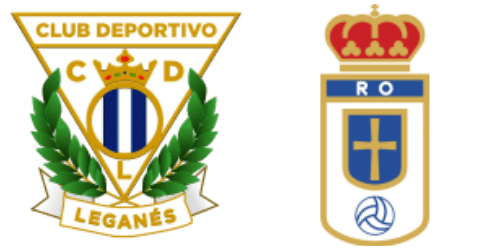