Le Havre are up against Amiens at the Stade Océane this weekend. The match has the potential to cause more problems for Amiens in the struggle to avoid relegation.

Le Havre failed to make much of the recent match against Valenciennes at home with the match finishing as a goalless draw. In the recent Coupe de France encounter, Le Havre were able to beat Vierzon 2-0 to progress into the next round. Amiens were also involved in a dull encounter with Caen in the recent league match before beating ES Anzin-Saint-Aubin 5-0 in the Coupe de France.

Le Havre are extremely strong at home with only one loss from the eight matches so far this season. They have also not suffered a home defeat at the hands of Amiens since 2013. The visitors arrive into the match after having registered just one victory from the seven away matches so far.

One of the biggest strengths of Le Havre would be the defence, which has conceded just four goals in the eight home matches. This is a lot of trouble for Amiens despite the visitors grabbing five goals in the recent Coupe de France match.

Amiens have been unable to score even a goal in three out of the last five away matches. This combined with Le Havre being very strong at home makes it very likely that one of the teams might end up not scoring even a goal in this game.

Le Havre are one of the strongest teams in Ligue 2 when it comes to home form. Only four teams have been able to register home points than Le Havre so far this season. The team will be to make use of this home advantage to register more home wins over Amiens.

Amiens remain in a spot of bother even after going unbeaten in the last three league outings. The lack of away wins is a huge problem for manager Philippe Hinschberger, who has seen his team register just one away victory – against strugglers Guingamp – so far this season. There are no injury problems for the visitors coming into the game. 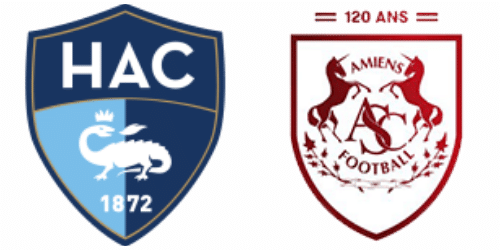 Where is the match going to take place? Stade Océane

Who is the favourite team to win the game? Le Havre