Las Palmas take on Real Zaragoza at the Estadio de Gran Canaria hoping to break a sequence of several weeks without making progress into the top two places.

Las Palmas failed to make it four consecutive wins in the league after the 1-1 draw with Real Oviedo. Even then, Las Palmas were able to sustain a place in the top six. Zaragoza went 12 matches without a defeat in the league following the 2-0 victory over Sporting Gijon. This was the second consecutive victory for Real Zaragoza.

Las Palmas to win the game

Las Palmas have a sensational home record that may strike fear into the minds of Real Zaragoza, who have been drawing most of the recent matches. Incredibly, Las Palmas have never been able to beat Real Zaragoza in the last six attempts. However, home advantage and a good form at home are likely to come into unison to help overcome this record.

Just two of the last six meetings between Las Palmas and Real Zaragoza has produced over 2.5 goals. This has largely been a tight match and more is likely to come the way of spectators, as these two teams have conceded an average of one goal per game at less this season.

Real Zaragoza might be unbeaten in 12 games, but they are among the lowest scorers in the division. Las Palmas clearly do not pass up an opportunity to score goals at home, as they have found the back of the net in each home game so far this season.

Analysing the Stats for Las Palmas vs Real Zaragoza

Las Palmas have almost averaged twice the number of goals as Real Zaragoza. This has been a crucial factor behind Las Palmas flying high in the table, although a couple of dropped points in recent games have prevented Las Palmas from pushing into the top two.

Real Zaragoza might be unbeaten in the recent 12 games, but they have been able to claim just three victories so far this season. It has been a huge reason behind the struggles to get away from the mid-tier positions in the league table. At the same time, the team has been very resilient and tough to crack. They have conceded just 11 goals so far this season. 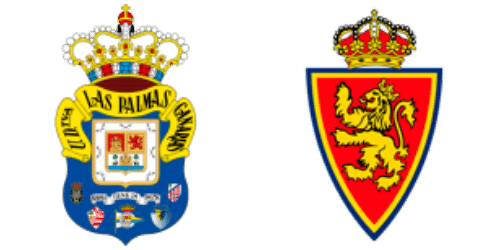