Las Palmas look to continue their fine run from the last few weeks when they go up against Fuenlabrada at the Estadio de Gran Canaria.

Las Palmas were able to beat Real Sociedad B by a narrow 1-0 margin thanks to a first-half goal from Jese Rodriguez. Meanwhile, this happens to be the fourth consecutive home victory for Las Palmas, whose opponents Fuenlabrada lost 2-1 against Girona in a home match.

Las Palmas have been pushing for a place at the top of the table. The team has been in sensational form even in away matches. Therefore, it may not come as a surprise that may have picked up four consecutive home victories. Las Palmas are back in the frame to win yet another match to even close the gap at the top. Fuenlabrada are without a victory in four games and their defensive strength has also been missing of late.

Fuenlabrada have been involved in back-to-back games with over 2.5 goals. The team might have kept clean sheets against Ponferradina and Amorebieta, but the quality of the subsequent opponents have turned out to be better. Las Palmas have the capability to score goals in home matches with the team managing over 1.5 goals in the last four.

To win to Nil – Las Palmas

Las Palmas were able to keep a first clean sheet at home this season when they were able to shut out Amorebieta from scoring in the recent home game. Fuenlabrada might have been able to manage goals in back-to-back games, but they will struggle in this match.

Las Palmas are aiming for a fifth consecutive victory at home. Such a run of form is paramount for a team which is trying to get back to the top flight. Manager Pepe Mel will be able to relax to a certain extend knowing that only Jonathan Viera and Adalberto Peñaranda will be the names not be feature in this game.

Fuenlabrada remain on the brink of being sucked into a relegation battle if the persistent run of poor form continues. After managing just two points from the last possible 12, Fuenlabrada find themselves just two points above the 19th-placed Real Zaragoza.

Analysing the Segunda Division Stats for Las Palmas vs Fuenlabrada 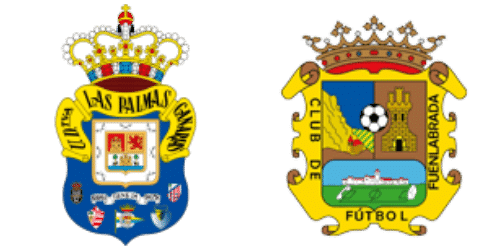