The international break has started and we’ll see many games in WC Qualifiers, as well as friendly matches. One of the friendly games scheduled for Wednesday is the Kosovo vs Jordan duel, so let’s take a closer look at this game.

Our free betting tips and predictions for Kosovo vs Jordan

If you are unsure what is the right bet for the Kosovo vs Jordan game, check our free betting tips for this match:

Although Jordan is in better form than Kosovo at the moment since they’ve won four of the last five matches, they also played against inferior opposition and they are the weaker team on paper. And while this is only a friendly match, Kosovo is a young nation and they will certainly give their all to get any win that they can, even in friendlies. So, our first prediction is for Kosovo to win this match.

Four of the last five matches played by Jordan have gone over 2.5 total goals, while the same thing happened in two of the last five Kosovo matches in all competitions. If this wasn’t a friendly match, we could see this game ending with fewer than three goals being scored, but since it is a friendly, we expect to see goals since the teams won’t be as focused as they would be if the stakes were high.

Since we expect to see at least three goals in this match, we also expect to see both teams scoring in the game. That being said, both teams have only scored in one of the last five Jordan matches, as well as two of the previous five Kosovo games. Still, this is a friendly match as already mentioned, so both teams should be able to score in it since they are similar in quality.

Top stats, odds, and and more Kosovo vs Jordan

If you want to check the latest odds and stats for the Kosovo vs Jordan duel, you can find them all on our website right here:

The most common questions for Gremio vs Fluminense 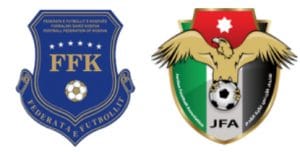