This is a game which focuses on Asian World Cup qualifier between Korea Republic and Syria at the Ansan Wa Stadium in South Korea. Both teams are unbeaten after the first two games in the qualification stage.

Korea Republic were able to get five consecutive games without a defeat following the 1-0 victory over Lebanon back in September. Syria remained winless under Nizar Mahrous following the 1-1 draw with UAE at home.

Korea Republic to win the match

Korea Republic have been playing really well in recent matches. The team are unbeaten at home in more than 15 matches. The last home defeat suffered by Korea Republic was back in 2019. Syria are unlikely to test such a hostile opponent with a lot of attack. This could lead to a game that witnesses a one-sided affair with Korea dominating the start. They have the potential to extend the amazing home form.

The stark record in the recent home matches for Korea Republic would be the number of clean sheets. Korea are a team that simply do not concede a lot of goals at home, while Syria have been lacking the attacking nous required to break down opposition at will. This should lead to a low scoring match.

The goals from Korea have not been outstandingly great, but they have done well to get at least one goal in 13 out of the last 14 home matches. Syria have not scored in great numbers over the last few games. They might end up failing to score in this fixture.

Korea Republic have witnessed a strong run of results through 2021. Since opening the calendar year with the loss against Japan, Korea have bounced back strongly and they have been able to win or draw in each of the last five matches. Korea are in a very strong position to finish top of the table, as they are just two points behind Iran.

Nizar Mahrous is back in the Syrian hotseat but he has not been able to get the first win. The home game against UAE might have represented the best opportunity to pick up this victory. Due to the lack of a clinical offense, Syria are likely to be cautious coming into the game.

Analysing the Stats for Korea Republic vs Syria 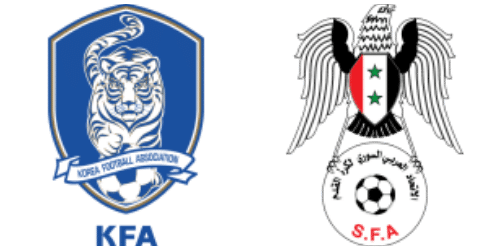 Where is the match going to take place? Ansan Wa Stadium