Andres Iniesta and Vissel Kobe make the trip to the Hitachi Kashiwa Stadium for their J1 League fixture with Kashiwa Reysol on May 26. We have done extensive research for this preview, so we can help you out with a few free betting tips.

Here are some bias-free tips we have put together for Kashiwa Reysol vs Vissel Kobe.

Vissel Kobe to Win or Draw

Kashiwa Reysol were winless in their last seven competitive outings, losing four and drawing three. They have conceded 11 goals in the process, with just five to their names. After a blistering start to the season, Vissel Kobe have lost their way but remain the better side. On the given form, the visitors should have enough in the tank to take points home and extend Reysol’s poor run.

Vissel Kobe have struggled on the road, getting on the scoreboard just twice in their last five away trips. Kashiwa have struggled this season but have put their scoring woes behind them at home. They have troubled the scorer in five of their six home matches. With the last three H2H meetings at the Hitachi Kashiwa Stadium seeing both sides get on the scoreboard, the trend should continue.

The Sun Kings have struggled as meagre mortals in the 2021 J1 League season. While their defence has kept their end of the bargain, their attack has struggled with just 13 strikes from 15 outings. Nelsinho Baptista has used the YBC Levain Cup to address this, where the forwards have impressed but the defence has let them down. Hiroto Goya and co. need to up the ante as pressure starts to build on last season’s seventh-placed finishers.

The Ushis have three former Barcelona players in their midst but have struggled to deliver the performances expected of them. Even the legendary Andres Iniesta has struggled at the Noevir Stadium Kobe this season as age and injury finally catches up with him. Kyogo Furuhashi has flourished with all the spotlight on his teammates with Barcelona’s pedigree. The 26-year-old has nine goals to his name and is on course to improve on his career-best of 12 goals in a calendar year.

Looking for the best odds for Kashiwa Reysol vs Vissel Kobe? We’ve got you covered. Check out our list of odds from the popular bookies and a few important stats to help you make a good prediction. 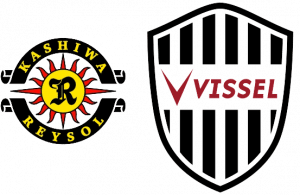 Kashiwa Reysol are favourites in the fixture @ odds of 6/5.