This round of Serie A brings us a derby between two teams that were among the best in the league last season – Internacional and Sao Paulo. So, check our preview if you want to know more about the match and to get some free betting tips along the way.

Our best betting tips and predictions for Internacional vs Sao Paulo

Although Internacional and Sao Paulo are struggling at the start of the new season, their duel is still a quality one. So, check our top betting tips for this game if you need a bit of help to find the perfect bet.

While both Internacional and Sao Paulo are far away from the form of last year when they finished in Top 4 of the league, Sao Paulo is struggling far worse since they’ve yet to win a game in the new season after nine rounds have passed. With that in mind, and taking into account the fact that the home team won four of the last five duels between these teams, our prediction is for Internacional to win this game.

Three of the last five matches between these two teams have gone over 2.5 total goals, so we expect to see something similar in this game as well. Furthermore, Internacional is averaging 2.67 goals per game this season in Serie A, so they’ve been playing some high-scoring matches already. That being said, Sao Paulo averages only 1.78 goals per game, but we expect this game to be dictated by the home team.

Since we expect to see at least three goals in this match, we also expect to see both team scoring in it. After all, both teams have scored in four of the last five head-to-head duels between Internacional and Sao Paulo, so our prediction sounds very reasonable in that light. Furthermore, both teams have scored in 78% of Serie A games played by Internacional, while the same is true for 44% of Sao Paulo matches.

Internacional vs Sao Paulo preview: Is it time for Sao Paulo to win a game?

While the two giants are not playing according to their reputations at the moment, this is one of the biggest derbies of Serie A. So, let’s take a more detailed look at both teams ahead of their game:

The team that lost the title last season by just one point is far from that form this year. Internacional started the season with two wins, four draws, and three losses in the first nine rounds, which is only enough for 8 points and the 14th spot in the standings. On the bright side, the team has a clean bill of health, with only Moledo on their injury list at this time.

One of the biggest team in Brazil is having a nightmare of a start in the new Serie A season. After nine games, Sao Paulo is still looking for a win, which is probably one of the worst streaks in the club’s history. Sao Paulo has five draws and four losses so far, which puts them in the relegation zone at this time. Sara and William are injured and out of the next game, while Arboleda is still away on international duty.

The best odds and stats for Internacional vs Sao Paulo

You don’t have to waste your time looking for the best odds for Internacional vs Sao Paulo on different websites – just check our selection of odds from various bookies right here: 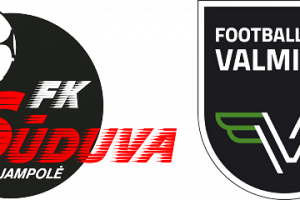