The Avellaneda team wants a win to turn the page after three consecutive defeats. Carlos Tevez’s team is motivated after putting an end to their bad run and winning a league match again.

The Best Picks and Betting Tips for Independiente vs Rosario Central

To set the right bet for Independiente vs Rosario Central, read about our predictions and betting tips for free:

The recent head-to-head record is dominated by Independiente, who have won 3 of the last 4. However, the most recent match was in the last tournament, when Rosario was at home and won with a convincing 3-0 win.

Many of the players who played in the last h2h will be in the starting eleven for the next match. So we expect another win for Carlos Tevez’s team, but with a lot of difficulty on the pitch.

The last 4 head-to-head encounters between these 2 clubs have resulted in an over 2.5 goals scoreline. 4 of Independiente’s last 5 league games have ended with more than 2 goals scored. So expect plenty of goals in Avellaneda.

After the last 1-0 defeat, Independiente lost their scoring streak, having scored at least one goal in every game. Although Rosario has only scored 1 away goal, they have come close to scoring in every game. We think that with the motivation of their last win, the Canalla will score and Independiente will do the same, as they have done in all their home games.

Will The Reds Win Again? – Independiente vs Rosario Central Preview

El Rojo was outplayed in their last 3 matches, as a result of which they lost a lot of positions and are now at the bottom of the table. On the last matchday, Independiente visited Racing, which was a tough opponent and dominated the game as expected in the predictions.

From the start, La Academia tried to score, and only in the 9th minute they did do so, but Independiente could do little, and they were fouled inside the box in the 20th minute. Fortunately, the Racing player sent the ball against the post. El Rojo tried to level the score but their shots had little danger.

Carlos Tevez’s team hosted Sarmiento the day before, the Canalla needed three points to improve their position in the tournament. The desire was reflected in the Rosario players who showed intensity in each of their attacks.

Rosario Central’s dominance was even greater after Sarmiento was reduced to ten men following the sending off of one of their players. The best player of the match was Walter Montoya, the captain created many scoring plays he assisted Facundo Buonanotte, who scored the only goal of the match.

The Latest Analysis Of Independiente vs Rosario Central Stats and Odds

If you want to bet on the top odds for Independiente vs Rosario Central, check our selection of odds from the best betting sites:

FAQS For Independiente vs Rosario Central 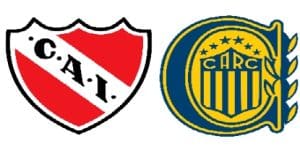 Who is the host? Independiente is the host at Libertadores de America Stadium in Avellaneda.

Who is the bookmakers’ favourite to win? The more probable winner is Independiente at 5/6 (1.83) odds