This is a preview which looks at the Segunda Division game between Ibiza and Almeria at the Estadi Municipal de Can Misses. The result of this game could have an impact on the top seven of the league table.

Ibiza continued their winning sequence by getting a narrow 1-0 victory over strugglers Real Sociedad B. This was the third win in the last four games for Ibiza. Almeria took their winning streak to 5 matches in all competitions after a 2-0 success over Burgos.

Almeria have been the standout team in the division by a significant margin and it is not a surprise that they are leading the table by six points already. Ibiza might be carrying decent form with three wins in the last four, but some of these victories have come against strugglers like Real Sociedad B. Ibiza have not been playing particularly well and they could be found out in this match by an impressive Almeria outfit.

Almeria have made it to the top not just by scoring a lot of goals but by being solid at the back. It explains the three consecutive clean sheets. As a result, five out of the last seven matches for Almeria have witnessed less than 2.5 goals. Ibiza have not been able to pick up excellent results due to their poor offensive contribution with just one goal in the last two games. Ibiza’s last five matches have produced over 2.5 goals only on one occasion.

Ibiza might give an easy day out for Almeria’s defence, who are aiming for the fourth consecutive clean sheet. Ibiza have scored just 18 goals this season while Almeria have conceded only 11 so far. This is one of the top battles between a strong defence and a poor offence.

Ibiza are just three points away from entering into the play-off places, but their lack of strength going forward has been continuing to affect them in the table. One of the few things going in favour of manager Juan Carcedo will be the lack of fitness issues.

Joan Rubi has seen his team dominated recent matches to the point where they have opened up a six-point advantage. The team has been excellent from the start of the season and they have never dropped out of the top five places so far.

Analysing the Segunda Division Stats for Ibiza vs Almeria

FAQs on Ibiza vs Almeria game 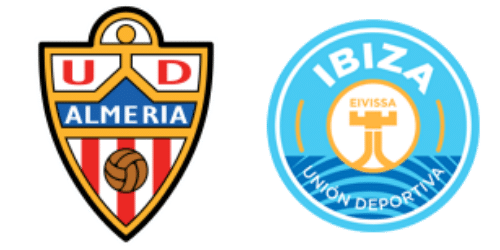 Where is the match going to take place? Estadi Municipal de Can Misses