Despite being ridiculed somewhat early in the season, Celtic appear to be finding form. Can they continue that by beating Hibs on Wednesday? Find out with our Hibs vs Celtic preview here along with the predictions and free tips we mention along the way.

Had this game taken place a month ago there would have been an awful lot of money landing on Hibs to win; now though we’re not so sure. Why is that? Well, simply because the fortunes of both sides are going in different directions. Hibs, who four games ago, hadn’t lost all season and now they’ve fell to three consecutive defeats. Celtic meanwhile couldn’t find any consistency to their play in August and September and now they’ve won every match played in October giving them a run of four consecutive wins.

A win to nil for the Bhoys

In addition to backing Celtic to win we also think they’ve got a really good chance of taking the three points and keeping a clean sheet in the process. Part of Celtic’s return to form has been because of tightening up defensively and they’ve won their last three games without conceding. Hibs, who as we’ve mentioned have lost their last three, have lost the last two without finding the net. The hosts blanked last time Celtic came to Easter Road too.

A game of few goals

Whilst we have given our backing Celtic to win without too many defensive concerns we’re not sure they’ll be blowing Hibs away either; our final prediction for this match is that we’ll see fewer than three goals. Hibs’ last five home games have served up three matches under the 2.5 cut off with Celtic’s away performances in the last five coming in the same i.e. three of them being south of the 2.5 threshold. Finally, we have the head to head history to look at; the last five meetings between the pair have served up just two matches that have gone beyond two goals.

The best odds for Hibs vs Celtic

On paper, Hibs have an array of goal scorers with Kevin Nisbet, who was widely tipped to leave in the summer, Martin Boyle and Christian Doidge but things have dried up in the last couple of matches. Doidge is again missing through injury, which increases the pressure on the other two.

Celtic look like they may have finally clicked under their new boss with four wins on the spin; they’ll be firmly look up the table now and will still hold aspirations of knocking Rangers off top spot. Given the ground they have to make up, goal difference could play a big role in where they finish; that’s why they’d have been delighted to see Georgios Giakoumakis net his first goal for the club at the weekend.

The final word on Hibs vs Celtic 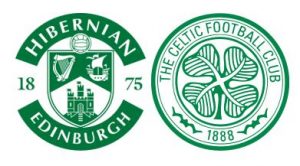