High-flying Hibernian take on St Mirren in the Scottish Premiership on Saturday. Read our predictions and find the top odds for the game below in our expert match preview.

Hibernian could climb to the summit of the Premiership table with a victory over struggling St. Mirren on Saturday. Read our top three expert predictions for this weekend’s fixture below.

With three victories and two draws from their first five games of the new Premiership campaign, Hibernian have placed themselves among the early front runners in the division and Hibs are favourites to win again at Easter Road this weekend. St. Mirren have yet to post their first victory this term and they tasted defeat in each of their last three encounters with Hibernian. We expect that poor record to make for even grimmer reading at full time in Edinburgh this weekend.

St. Mirren have been conceding 2.0 goals per 90 minutes in the Premiership since the summer and Hibernian have the firepower to ensure that the Saints’ average is maintained. Hibs have scored at least twice in four of their five competitive tussles at Easter Road in 2021/22 and they are worth backing in the over 1.5 team goals market again on Saturday.

Hibernian talisman Martin Boyle has been in fine fettle this season and his impact in the final third continues to be significant. The Australian international has hit six goals in his last nine appearances for club and country and the 28-year-old’s overall haul for the campaign includes four strikes in five Premiership runouts. Boyle scored twice against St. Mirren last term and we’re tipping him to make his mark again on Saturday.

Defender Sean Mackie and midfielder Melker Hallberg are closing in on a return, though Saturday’s game could come too soon for both. Attackers Jamie Murphy and Christian Doidge are both still out of contention with the latter not expected back until late December. Hibs have been performing well without all of their injured players however, and they picked up a useful point against rivals Hearts last weekend in the Edinburgh Derby.

St. Mirren will be without suspended midfielders Ethan Erhahon and Alan Power this weekend following red cards for both players. Defender Charles Dunne and attacker Greg Kiltie are still in the treatment room, though both will hope to be back by the end of September. The Saints could do with Kiltie’s help in the final third. They have failed to score in each of their last three league assignments.

Top Betting Odds and Stats for Hibernian vs St Mirren 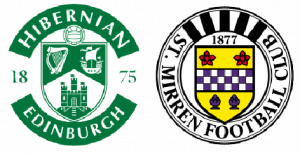 Saturday’s fixture will be played at Easter Road in Edinburgh

Hibernian have been priced as clear favourites to win Saturday’s game against St. Mirren.