The bottom clubs in the Korean K-League go up against each other, as Gwangju host Seoul at the Gwangju Football Stadium this weekend. A mere two points separate the two teams coming into the game.

The troubled run continued for Gwangju who lost 1-0 to Pohang Steelers thanks to a late goal from Song Min-Kyu. Seoul were involved in a fourth draw in five matches, but the team held highflying Daegu 1-1 in an away match. The best tips for this match are:

Gwangju have been struggling to get any momentum going, but the narrow loss against Pohang Steelers will undoubtedly infuse the team with a certain degree of confidence. Gwangju were able to hold out for almost 90 minutes before succumbing to a late goal. Seoul are not the strongest when travelling as they have picked up just two wins from nine. The last away win for Seoul was in March. The two teams may cancel out each other.

Seoul might have a couple of games in hand to recover from the 11th position in the table. Yet, the team assembled by Jin-sup Park has not provided much joy on several fronts. They have been scoring less than 1.5 goals per game in the last four trips. Meanwhile, Gwangju are no better with the team only managing 16 goals and 18 league matches – the second-worst record in the league.

The meetings between Gwangju and Seoul frequently witnessed a lot of goals before the goalless draw in August 2020. In fact, this is the first goalless draw between the two clubs since 2015. It is unlikely that a repeat of the same will take place even if Seoul and Gwangju have been quite poor in the final third.

A resilient performance against Pohang Steelers went without any reward for Gwangju, who have lost four out of the last five matches. The club need to make a good couple of points before they can think about getting away from the bottom. At this moment, though, it is unlikely to see where the next set of points will come.

Seoul are winless in the Korean K-League matches since March. The recent results against the likes of Daegu will provide a level of confidence to the team, but the lack of wind can be a major problem. Seoul would be counting on the games in hand to get something in the next few weeks of the campaign.

The key numbers for Gwangju vs Seoul game

FAQs on Gwangju vs Seoul game Where is the match going to take place? The match will take place at the Gwangju Football Stadium 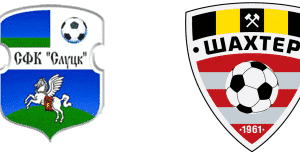