The two teams that played the 2017 Copa Libertadores final will once again meet in group stages of the lesser South American competition, Copa Sudamericana. With that in mind, we have prepared an in-depth preview of the Gremio vs Lanus matchup:

Our top free betting tips for Gremio vs Lanus

While we certainly expect this match to be very interesting, we are also excited about various betting options available for this game. So, check our top betting predictions for this duel:

The home team is in fantastic form at the moment since they are on the top of the standings in both the Campeonato Gaucho and the Copa Sudamericana. They’ve won all three of their games in the Copa Sudamericana, including an away win against Lanus. This was their third win over the Argentinian team in recent years, after two wins in the Copa Libertadores final in 2017. So, we don’t see why Gremio can beat them once again and progress to the next stage already.

Once again, our prediction is based on recent h2h duels between these teams since we’ve seen both teams score in two of the last three meetings between them. Also, both teams have scored in three of the last five Gremio matches across all competitions, so it’s a reasonable bet since Lanus can certainly score a goal in this game.

The loss in the Copa Libertadores final to Gremio in 2017 is probably still hurting Lanus, but Gremio managed to get another win over them this season. Can Lanus finally get a bit of revenge over them?

The team from Porto Alegre is having a great season so far, although the Brazilian league is not due to start before the end of the month. However, Gremio is on top of the standings in the regional Campeonato Gaucho and they have also won all three games in the Copa Sudamericana, including a dominant performance in an 8-0 win over Aragua. The team has basically already qualified for the next stage, but they can confirm that with another win against Lanus on Thursday.

This season, Lanus has been a bit inconsistent in the domestic league since they are in the 12th spot after 13 games played, with six wins, six losses, and a draw. Meanwhile, the team is doing well in the Copa Sudamericana since they are second in Group H with two wins and a loss, which came in the first game against Gremio. There is still a way to go for Lanus before they can qualify for the next phase, but they are on the right track.

Top odds and helpful stats for Gremio vs Lanus

We know how important it is to bet on the best odds, so check our choices of odds from a few selected UK bookies: 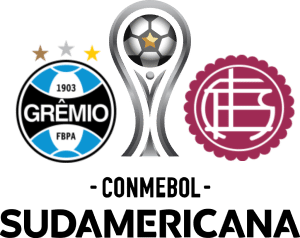