The season in La Liga is coming to its end and Getafe is still at risk of relegation, while Huesca is safe and stress-free ahead of the final two matches. If you want to learn more about this game, read our preview and check our free betting tips.

Our best betting tips and predictions for Getafe vs Huesca

While it’s obvious that Getafe has a bigger motive in this game, it could still be a tricky match for betting. So, check some of our favourite betting tips for this duel if you need a bit of help:

Both teams have the same record in the last eight games in the league, and it’s far from impressive. However, Levante has already secured participation in the next edition of La Liga, while Getafe is in dire need of a win in this match. Our prediction is that they will get it, simply because Levante won’t have a reason to fight as hard as they might if they had a competitive reason.

Although Levante is in the top half of the table when it comes to goals per game, with an average of 2.67, Getafe is dead-last in this department with just 1.89 goals per game. Furthermore, Getafe has gone under 2.5 total goals in seven of their last eight games, while the same is true for Levante in five of their last eight La Liga games. Also, three of the last five h2h duels between these teams have gone under 2.5 total goals as well.

We’ve already explained why we don’t see this game having a lot of goals, so we also don’t expect both teams to score. After all, that didn’t happen in the previous five meetings between Getafe and Levante, so we don’t see why it should happen now. Furthermore, both teams have scored in only 25% of Getafe games this season.

Getafe vs Levante preview: An important game for the home team

While Levante is safe and sound in the middle of the table, Getafe needs to win this game to ensure peace of mind before the last round. So, let’s check these teams out more closely.

In a surprising turn of events, Getafe has ended dangerously close to the relegation zone before the last two games of the season. They are currently in the 16th spot, only three points away from the first team to be relegated. The reason lies in the poor form by the team since they’ve only managed to win once in their last eight matches, along with two draws and five losses. Cucho and Poveda are injured at the moment and will likely miss the next game.

Although Levante has been stuck in the middle of the table with nothing to play for in the past month or so, that didn’t stop them from putting a huge dent in Barcelona’s title chances in the last round by holding them to a draw. That being said, the team has been in bad form lately, with one win, two draws, and five losses in the last eight La Liga games. When it comes to the team’s health, Radoja and Vukcevic are the only players on the injury list.

We know how important it is to bet on the best odds. With that in mind, we have a list of odds from a few different bookies, so you can find those that work for you: 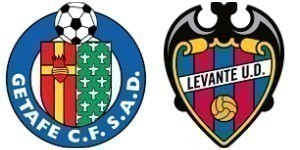