The two teams are neck and neck in the Super Lig and it will be interesting to see if the fallen giants Galatasaray will be able to pick themselves up against a team with a bad form in the recent games.

Gaziantep vs Galatasaray: Odds and Predictions for Sunday’s clash

Galatasaray is one of Turkey’s most famous teams but this season’s performance has been very poor.We hope that this week the team will climb the ladder.

Make sure to double-check these odds as they are subject to change. Ladbrokes is our recommended bookmaker for all Super Lig games.

Galatasaray’s season hasn’t been a success. The team is closer to the relegation zone than it is to the European tournaments for next season. Gaziantep has yet to record a victory against Galatasaray. A total of six games were played between the two opponents in which Galatasaray emerged victoriously on four occasions while two games ended in a draw.

Four of the six games that were played between these two clubs resulted in a high amount of goals. We’ve three, four, even six goals being scored in a single game. The only two occasions that we had fewer goals were the games played on the 31st of October 2021 and the 9th of November 2019 when we had Galatasaray winning with 2:0.

Gaziantep and Galatasaray will score

Only twice Gaziantep and Galatasaray didn’t score against each other. Galatasaray needs points to survive in the Super Lig and will be forced to attack from the start as a victory for Giresunspor, Sivasspor, or Antalyaspor could mean sinking lower in the league. Arda Turan is the only player who is missing for Galatasaray but the veteran’s absence will be unnoticed as Ryan Babel has been a delight this season.

A few days before the kick-off and the two teams are neck and neck in the Super Lig with only two points separating them.

Before the visit to Giresupnsor, Gaziantep has had a very bad run of games – three losses and two draws. The lost games came against Altay, Adana Demirspor, and Istanbul Basaksehir while the two draws were against the currently at the bottom of the table Yeni Malaltyaspor and Hatayspor. Gaziantep also lost the quarter-final of the Turkish Cup with a 2:1 result against Alanyaspor.

Galatasaray’s games before the match with Besiktas have certainly been interesting. Two victories, one draw, and two losses. Most of the results were impressing – a 2:6 home loss against Tuzla, the 2:3 away victory against Goztepe, and the 4:2 home victory against Rizespor. Besides that, we saw two goals in the other two games – a 1:1 draw against Kayserispor and a 2:0 loss against Konyaspor.

H2H Info and Odds for the Gaziantep vs Galatasaray clash

The head-to-head and odds info is located below:

Gaziantep vs Galatasaray – Questions and Answers: 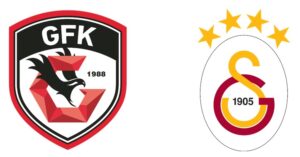