This will be a preview of the EFL Cup third-round game between Fulham and Leeds United at the Craven Cottage. These two teams met each other only last season with Leeds in the Championship.

Fulham suffered yet another disappointment in the Championship following a 2-1 home defeat against Reading. Leeds United continued with the mediocre form in the Premier League following the 1-1 draw with Newcastle United at St James’s Park.

Leeds to win the game

Leeds United have not been able to hit top form in the Premier League and the team are finding it difficult to get a string of wins necessary to move decisively from the relegation zone. Fulham’s focus, though, will be on the promotion considering their excellent position in the championship. Despite home advantage, Leeds have a lot of reasons to go for a win.

Aleksandar Mitrovic has been in good form for Fulham this season. His last season in the Championship produced 26 goals from 41 games. He has started the 2020-21 season on fire with six goals from his opening eight matches. The striker has four goals in seven games against Leeds.

Even though Fulham have been conceding too many goals over the last few games, the Londoners are also good going forward. Apart from the solid defending against Crewe Alexandra in the previous round of the League Cup, Leeds United have not been great at the back.

Fulham vs Leeds: Leeds set for a great cup run?

Fulham have more reasons to be focused on the Championship with the team just two points away from the top of the table. Amidst a recent wobble in form, Fulham cannot afford to focus on the League Cup and let the promotion opportunity slip away. However, the Londoners are expected to name a strong squad for this game.

The second round has been a problematic area for Leeds United in recent years. In the last three seasons of the EFL Cup, Leeds United have failed to get past the second round. Now, the team will be looking to put together an excellent cup run. Marcelo Bielsa might go with a strong squad for this game, but the attention from the club will be on Premier League survival.

FAQs on Fulham vs Leeds game 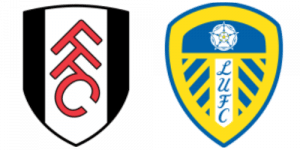 Where is the match going to take place? Craven Cottage

Who is the favourite team to win the game? Leeds United