Fuenlabrada goes up against Girona for their next engagement of the Segunda Division in the home stadium on Sunday, 31 October. The host looks to make up the points they have dropped in the recent matches while Girona strives to keep them away from the relegation zone.

Free Match Tips from Punditfeed for Fuenlabrada vs Girona

Here are some bias-free tips we have put together for Fuenlabrada vs Girona.

Both Fuenlabrada and Girona have been mediocre in the recent match days by capturing only one result of three points in the last five games. The previous meeting between the teams concluded without the winner by 1-1 outcome. Fuenla Kirikos are still looking for a win from the last three matches but have done quite better in the home games with two wins out of the last three. Girona also has gained some confidence with the help of the last away game win. So the home advantage for the host would not be enough for this match but still, we see this game end with a draw again.

Not even a single match out of the last four H2Hs between the teams has yielded a total of over 2.5 goals. The teams also have been unable to produce a huge total of goals in their recent outings. Fuenlabrada and Girona have only three and five goals respectively in their last five duels. The upcoming match is also expected to go with a low-scoring total.

Though we have predicted a low-scoring total for this match, we believe to see at least one goal from both ends at the end of the match. Fuenlabrada has scored in four of the last five home games while the upcoming guests are scoring from the past four attempts. Three of the last four H2Hs have gone without BTTS but we have seen the change of trend in the last meeting by 1-1 result. The same is expected for their upcoming fixture.

Fuenla Kirikos continued their disappointing run of winless matches in their last matches with the defeat against Ibiza. The long string of draws has put them fourteenth on the points table. Fuenlabrada has only three wins in the season yet with three defeats and six draws. The defensive midfield Jano and right-wing Cheick Timite won’t feature in the coming game.

Girona recovered from three consecutive defeats with a win in their second last match but lost control again, drawing their last game. The team has been able to register only one victory in the last six matches and a total of three wins in the 12 attempts of the season so far. They are currently nineteenth on the table.

Looking for the best odds for Fuenlabrada vs Girona? We’ve got you covered. Check out our list of odds from the popular bookies and a few important stats to help you make a good prediction.

FAQ about Fuenlabrada vs Girona 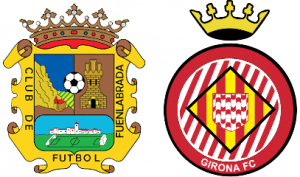