Both teams drew in their respective South American competitions. While Sao Paulo secured their Copa Libertadores qualification, Fortaleza is on the brink of elimination in the Copa Sudamericana.

To set the right bet for Fortaleza vs Sao Paulo, read about our predictions and betting tips for free:

The away team is on a 5-match unbeaten streak, their comfortable Copa Libertadores position allowed them to keep some important players for this match. Taking into account the very different current situation of both teams, we think that Sao Paulo will get a victory with some difficulty.

In the Brazilian league, Tricolor Paulista averages more than two goals scored and one conceded per match. On the other hand, taking into account the last 3 matches, the hosts average 15 shots per match, of which 1 in 3 is on target.

Therefore, we predict that the final score will be high and that this will be an entertaining offensive game.

So, the odds for both to score in this match are very high.

After 7 matches played between Copa Libertadores and Brasiletao Seria A, Leao do Pici have only managed one win and one draw as the rest have been defeats. They are currently bottom of the Brazilian league with zero points after three defeats.

In their last match, Fortaleza faced Argentinean champions River Plate, and surprisingly opened the scoring in the 4th minute, but they could not hold the lead for long and conceded a goal 10 minutes later. The game ended in a 1-1 draw and Fortaleza took a point that did them little good but kept their hopes in the competition.

The Tricolor Paulista are assured of a place in the quarter-finals of the Copa Libertadores, and if they had won their last game before Everton they would have secured the top spot with two games to spare. However, they were unable to open the scoring in Chile, where they came up against a tough opponent.

The concern of Rogerio Ceni is that his team did not have a single shot on goal, all their inventions did not cause any danger to their opponent. Now, they must put all their efforts to win the three points in Fortaleza and get closer to the top of the table.

The best analysis of Fortaleza vs Sao Paulo stats and odds

If you want to bet on the top odds for Fortaleza vs Sao Paulo, check our selection of odds from the best betting sites:

Some frequent questions for Fortaleza vs Sao Paulo 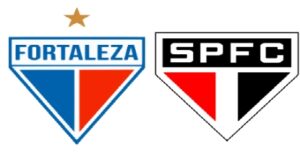 Who is the bookmakers’ favourite to win? The more probably winner is Fortaleza at 31/20 (1.55)