The two teams that are having a great season in Serie A will meet in the upcoming round, so read our detailed preview of the Fortaleza vs RB Bragantino match to learn more about it.

Our free betting tips and predictions for Fortaleza vs RB Bragantino

This is one of the closest matches of the round, so it’s hard to offer a prediction on it. Still, we have selected a few of our favourite betting tips for this game:

Fortaleza and RB Bragantino to Draw

These two teams are tied in the standings at the moment, in the third and fourth place. While this may be surprising for many, both teams have been playing great and are deservedly among the top teams after nearly a third of the season has passed. With that in mind, our prediction is for this match to end in a draw, simply because we can decide on the winner here.

While it’s difficult to say which of these two teams is closer to winning the match, it’s pretty safe to assume that we are in for a high-scoring match. RB Bragantino averaged 3.25 goals per game so far in Serie A, which is the highest goal average in the league. Meanwhile, Fortaleza averaged a respectable 2.42 goals per game so far in the season. Furthermore, both of the recent duels between these two teams have gone over 2.5 total goals, so there’s no reason to expect anything else in this game.

Fortaleza vs RB Bragantino: A surprising derby at the top

While nobody probably expected these two teams to be in the position they are in right now, they are among the top teams in the league this season. With that in mind, let’s take a closer look at them before them meet:

The last season in Serie A has been a bad one for Fortaleza and they only managed to stay in the top flight thanks to the better goal difference than Vasco de Gama. So, it’s certainly surprising to see them in the third place in the standings after twelve rounds, but Fortaleza has been doing very well this season. Also, the team has won four of their last five matches in the league, so they are in great form at the moment. Their only player on the injury list at the moment is Paulista.

The team sponsored by Red Bull is having a great season, both in the Brazilian league and in continental competitions. Just a few days ago, Bragantino secured a spot in the Copa Sudamericana quarter-finals after eliminating Independiente del Valle. Furthermore, the team is currently sharing the third spot in the league with their upcoming opponent and they are still the only undefeated team in Serie A. Bruno Tubarao and Novaes are currently injured and unavailable for the next game.

The best odds, stats, and more for Fortaleza vs RB Bragantino

If you wish to bet on the best Fortaleza vs RB Bragantino odds, check our selection of the top odds from various UK bookies:

The most common questions for Fortaleza vs RB Bragantino 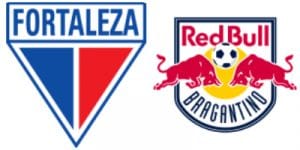