Round ten of the Brazilian Serie A is upon us and one of the more interesting matches in this round is the Fortaleza vs America Mineiro game. If you want to know more about this duel, read our detailed preview and get some free betting tips along the way.

If you are struggling to decide on the right bet on Fortaleza vs America Mineiro, check our favourite betting predictions for this game:

Although both teams are in good form at the moment, Fortaleza has shown much more since the start of the season compared to America Mineiro. With that in mind, and taking into account the fact that the Fortaleza beat America 4-1 in their last duel, our prediction for this match is for the home team to get the win.

Both teams have gone over 2.5 total goals in two of their last five league matches, so they aren’t really scoring and conceding goals at the highest rate. Fortaleza is averaging 2.56 goals per game this season, while America Mineiro averages 2.22 goals per game in Serie A. However, the last game between these two teams ended with five goals, so we expect to see at least three goals in this match.

Both teams have scored in 67% of Fortaleza matches in Serie A this season, while the same is true for 44% of America Mineiro games in the league this season. With this in mind, and the fact that the last duel between these two teams ended with both teams scoring, we expect to see both teams netting a goal in this game as well.

Fortaleza vs America Mineiro preview: Both teams in good form

With both teams doing well at the moment, it’s clear that we should witness a very interesting game. With that in mind, let’s take a closer look at the teams ahead of their duel:

After struggling to stay in the top flight last season, Fortaleza started the new Serie A season with fury. Even though they’ve dropped a bit in form lately, the team is still sitting in the fifth spot in the standings with four wins, three draws, and two losses from the first nine games in the league. Fortaleza also has a nearly completely clean bill of health, with only Jussa and Paulista on their injury list at the moment.

It has been a good few weeks for America Mineiro and their fans. The team has managed to win their first two games in this period, including the last-round win in an away game against Bahia in which they’ve led by three goals in one point. In any case, America Mineiro has escaped relegation zone for now and they enter the next round with a lot of confidence – although they also have a few injured players at the moment.

The best odds, stats, and more for Fortaleza vs America Mineiro

You don’t have to spend a lot of time looking for the bets Fortaleza vs America Mineiro odds – we have them right here: 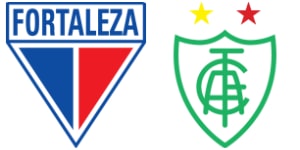 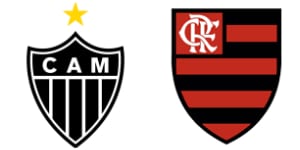