Although the home side is the favourite to take the three points, the tournament is just beginning and the visitors can stun their rivals. Check the articles to see the probabilities every team has to succeed in their first test in Copa Sudamericana.

Fluminense vs Santos: the best predictions, betting tips, and picks

To set the right bet for Fluminense vs Santos, take a look at our predictions and betting tips for free:

We expect Santos to fail in their visit because the Flu becomes stronger every time they play at the Maracana. Eight wins and only one defeat out of ten last game is the best example of their superiority at home.

Both teams have finished some of their last matches with a huge amount of goals. So, it is not weird to think they can hit each other and give us three, four, or even more goals in this matchup.

Checking the stats, we know that Both the Flu and the Peixe have scored and conceded in their previous games. So the fans from both sides could see an entertaining game and celebrate some goals in the first matchday.

Fluminense vs Santos Preview: Fluminense’s fans hope their team will trash Santos in the first matchday

Fluminense began the Copa Sudamericana in the best way, beating Oriente Petrolero in the Maracana stadium. Now, they will debut in the Serie A of the Brazilian Championship, where they hope to repeat the previous result at home.

The key to the last win was the accuracy of the strikers, who took advantage of most of the scoring opportunities they had. The Tricolor have buried the ball in the net in their five previous matches, where the Argentine striker German Cano has scored four times.

Santos could not have a good debut in Copa Sudamericana, where they lost to Banfield in Argentine lands. Banfield hit first when the first half was almost to finish, and the visitors could not convert the few chances to score into goals.

That was the second defeat in the last four games for Peixe, who will have a difficult test next Sunday. One main reason why they have lost some games is that they do not have ball possession.

The latest review of Fluminense vs Santos stats and odds

If you want to bet on the top odds for Fluminense vs Santos, check our selection of odds from the best betting sites:

FAQs for Fluminense vs Santos 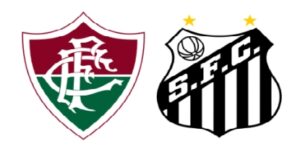 Who is the host? Fluminense is the host at Maracana Stadium in Rio de Janeiro, Brazil

Who is the bookmakers’ favourite to win? The more probably winner is Fluminense at 3/4 (1.75) odds