The second matchup in the semi-finals of Copa Libertadores is the Flamengo vs Barcelona duel and the first leg is scheduled for Thursday morning. So, check our preview of this game to learn more about it and to get free betting tips.

Our favourite betting predictions for Flamengo vs Barcelona

If you can’t decide on the right bet for the Flamengo vs Barcelona duel, check our selection of top betting predictions for this game:

Reaching the semi-finals of Copa Libertadores is already a great result for Barcelona, the team that was the runner-up in the competition twice in the 90s. However, the reigning Brazilian champions are simply the better team and they have been more than convincing in the knockout stages, eliminating their previous rivals with aggregate scores of 5-1 and 9-2. Flamengo also beat Barcelona twice in Copa Libertadores last season, so our prediction is for Flamengo to win this game by at least two goals.

Flamengo to Lead at Half Time

Since we expect a convincing win for Flamengo in the first leg of the Copa Libertadores semi-finals, we also expect the Brazilian team to lead at half time. We decided to be a bit conservative and bet just on half time, but we would also feel confident in betting on Flamengo to lead at half time and to win at the end, which comes with better odds.

Both head-to-head duels played by these two teams in recent years have gone over 2.5 total goals and we can see this match ending with at least three scored goals as well. After all, Flamengo averaged 4.25 goals per game in the knock-out stages of Copa Libertadores, while Barcelona has an average of 2.75 goals per game in the same period.

The highest odds and latest stats for Flamengo vs Barcelona

If you are looking for the best odds and latest odds for the Flamengo vs Barcelona duel, check them out right here:

Flamengo vs Barcelona preview: Can Barcelona surprise everybody?

The reigning champions of Brazil are the top favourite to win the Copa Libertadores trophy this season and that’s hardly a surprise given their performances in the first two knock-out stages in which they eliminated their opponents 5-1 and 9-2 on aggregate. Flamengo is also third in the Brazilian Serie A, nine points and two matches behind Atletico Mineiro and they’ve reached the semi-finals of Copa do Brasil as well.

After eliminating Velez Sarsfield 3-2 on aggregate and Fluminense on away goals after 3-3 on aggregate, Barcelona will now have the toughest challenge yet in the Copa Libertadores semi-finals against Flamengo. The Ecuadorian team can already feel proud by what they’ve done in this competition, but reaching the finals would certainly be a great feat for them. Barcelona is currently seventh in the Ecuadorian league second stage, with four wins and three losses. 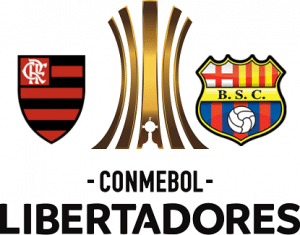