This is a preview of the Portuguese Primeira Liga meeting involving strugglers Famalicao at the Estádio Municipal 22 de Junho. Maritimo are the opposition travelling to this ground for this match.

The weekend witnessed Famalicao remain winless in the league courtesy of a 2-2 draw with Moreirense in an away match. Maritimo went three games without a win after being involved in a similar 2-2 draw, but they dropped crucial points at home.

Famalicao might remain winless in the season, but it is not down to a lack of effort. The team has actually come close on multiple occasions to overcome this unwanted record. Famalicao even came close to getting something out of the game against Porto and Sporting Lisbon. Maritimo have been quite mediocre this season, but they have done well to avoid a lot of defeats. Even against the likes of Porto, Maritimo have stayed resilient.

The game has the capability to witness a decent number of goals considering that Famalicao and Maritimo have had a decent record on this front. Famalicao have scored in the last four matches – including games against Porto and Sporting Lisbon. Maritimo have also faced opposition like Porto in the last five matches and they have scored in four of those last five games.

The match has the potential to come up with goals at both ends given the decent run enjoyed by Famalicao and Maritimo. The meeting between these two teams back in March produced a comprehensive win for Famalicao, but one cannot expect a repeat of the same. The two teams are evenly matched coming into the game.

Famalicao have every reason to get worried as the winless start to the season continues further. The club are left in the bottom three places owing to this poor run, which has given only two points from five games. One of the few positives for the team over the last few games has been the form of Simon Banza. Heriberto Tavares is ruled out of the game, while Dylan Batubinsika is doubtful.

Maritimo are in every danger of being pulled into a relegation battle just a few weeks into the new season, as the club has been unable to get through the wins required to build a buffer. Maritimo are only two points away from the bottom three. The club will be without the suspended André Vidigal, while Stefano Beltrame and Joel Tagueu are out injured.

Analysing the Stats for Famalicao vs Maritimo

FAQs on Famalicao vs Maritimo game 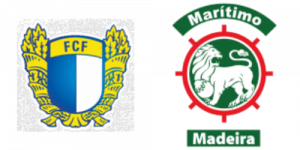