Yeni Malatyaspor go up against Adana Demirspor at the Yeni Malatya Stadyumu after having registered a very good performance against this club over the years.

Yeni Malatyaspor lost 5-2 at the hands of Hatayspor as the string of defeats continues to plague the team. Nouha Dicko came up with a brace that only turned out to be a consolation for Yeni Malatyaspor. Adana Demirspor were held to a goalless draw by Antalyaspor in the recent match. This was the second draw in the last three games for Vincenzo Montella’s team.

Adana Demirspor to win the match

Adana Demirspor have had just one win in the last four matches. If this run looks bad, Yeni Malatyaspor are on a different scale after losing four in the last five league matches. In fact, Yeni Malatyaspor have not managed a victory in any competition since the start of December. Even though the hosts do have a good head-to-head record against Adana Demirspor, this Turkish Super Lig game is heading towards the visitors.

Yeni Malatyaspor might be struggling with a string of defeats but there have been plenty of goals whenever the team has taken to the field. In the last four league outings, Yeni Malatyaspor have witnessed over 2.5 goals. Adana Demirspor have been a threat in away matches on a constant basis.

Adana Demirspor have scored three goals in back-to-back away games in the Turkish Super Lig. Despite struggling with relegation threat, Yeni Malatyaspor becomes poor have been able to grab four goals in as many games coming into the game.

Yeni Malatyaspor have one of the longest names unavailable from the squad and this has affected the club quite hard over the last few weeks. Cihat Arslan has been appointed as the new coach and a 52-year-old has a decent record against Adana Demirspor with three wins in eight. Eric Ndizeye, Kenan Özer, Mounir Chouiar, Stevie Mallan, and Benjamin Tetteh are unavailable because of injury.

Adana Demirspor manager Vincenzo Montella will be keen to avoid a repeat of the reverse fixture result when the two teams met each other earlier in the campaign. Enock Barwuah is the only player unavailable as he is ineligible to take part in the game. 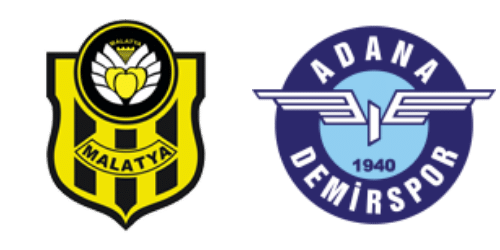 Where is the match going to take place? Yeni Malatya Stadyumu

Who is the favourite team to win the game? Adana Demirspor