Wycombe are in action for the first time in February and they take on Shrewsbury Town at the Adams Park this weekend.

Wycombe have suffered a major setback after back-to-back league defeats with the latest being a 1-0 loss at the hands of MK Dons. Shrewsbury Town continue to be involved in a string of stalemates and the latest came through a 1-1 draw with Fleetwood.

Wycombe are staring at three consecutive losses in League One and such a situation will be disastrous for their promotion hopes. Wycombe have been the dominant force in this fixture with four wins in six meetings. Shrewsbury continue to be going through a string of draws that is not doing any favours to keep them away from relegation trouble. Shrewsbury have consistently lost in this fixture and more of the same is expected.

The effect of Wycombe’s bad defensive run can be quite significant in this match. The team has witnessed over 2.5 goals in three of the recent five league encounters at home. Shrewsbury are not the most prolific team in League One and they are more likely to be happy even with a goal. Due to two teams having a difficult time of late, this game might end up as a low scorer.

Shrewsbury have been in a difficult spot with at ourselves, but they have been able to find the back of the net in back-to-back matches. This comes after a prolonged time of poor form. Wycombe are struggling for results and performances in the league.

Wycombe have done exceedingly well to keep themselves in the play-off places for most of the season. Apart from a few blip or two, Wycombe have shown good consistency and one can only expect that the recent run of back-to-back losses is a similar blip. Gareth Ainsworth comes into the match with no injury problems in his squad.

Shrewsbury are unlikely to take home any major positions in the League One with their current sequence of results even if they have lost just a single game in the recent five. The regular stream of points, though, has helped the team stay above the relegation zone. Steve Cotterill also does not have any injury problems in the squad.

Analysing the Stats for Wycombe vs Shrewsbury

FAQs on Wycombe vs Shrewsbury game 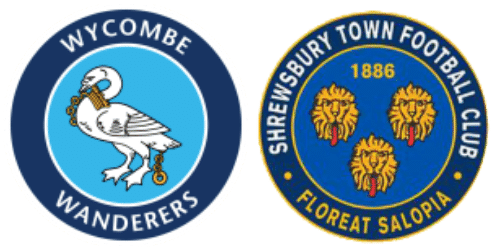