Wycombe are looking to relist the push into the play-off places when they take on Fleetwood Town in the midweek League One round of fixtures.

Wycombe could not make it three consecutive wins after being held to a goalless draw Rotherham United. Still, it was a very valuable point against the table leaders. Fleetwood Town lost four consecutive league matches after falling onto a 3-2 score at the hands of Burton Albion.

Fleetwood have been hitting new lows over the last few weeks. The string of four consecutive losses is likely to rattle any time and Fleetwood are no different with a lack of goals setting the club. Defensively, Fleetwood have been easy to open and they have been conceding goals for fun of late. Wycombe played out a 3-3 draw with Fleetwood in the reverse fixture.

There were an incredible six goals in the reverse fixture between the two clubs. Even though the same conditions may not be met with Wycombe not getting a lot of goals, the performances are Fleetwood are likely to be encouraging in these conditions. This is a match which witnesses of the worst defences after conceding 66 goals in just 36 games.

Fleetwood’s chequered history with regards to the clean sheets is likely to open the conversation into a different spectrum. Both teams have been conceding and scoring goals in recent weeks. There could be more than 2.5 goals and goals at both ends in this game.

Wycombe vs Fleetwood: League One Match Preview and Team News

Wycombe look to maintain momentum and get into the play-offs owing to the recent run of form. Manager Gareth Ainsworth has a favourable run of fixtures coming up. The squad also does not have too many concerns apart from the potential absence of Jordan Obita, who was unavailable even for the recent draw with Rotherham United. As a result, Joe Jacobson may continue his place in the left back positions.

Fleetwood have been unable to put any kind of a momentum into their game. The club has been conceding plenty of goals and their form in away matches has been terrible. Zak Jules will be unavailable for the fixture after getting suspended, while Jordan Rossiter is out due to injury.

Analysis of the Key Stats for Wycombe vs Fleetwood

FAQs on Wycombe vs Fleetwood game 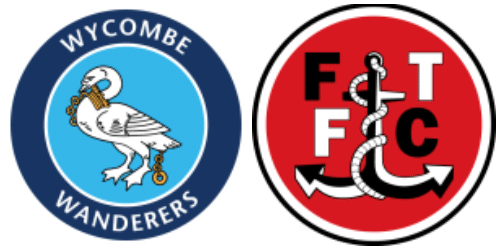