This is a preview which focuses on the battle in the lower half of the League One table with Wimbledon taking on Charlton at the Cherry Red Records Stadium.

Wimbledon last six consecutive matches in League One after a 2-1 loss against Sheffield Wednesday at the Hillsborough. Jack Hunt scored early on but Wimbledon pulled things level with Assal’s equaliser only for Lee Gregory to score in injury time. Charlton lost for the first time in four games after a 2-1 defeat. Goals from Whittaker and Scully were able to provide a crucial win for Lincoln in a match that saw both teams get red cards to one of their players.

Wimbledon are without a home victory in 2022 and the last home success for the team came in the first few days of December. Charlton might have gone through a terrible patch of away results, but recent form has been certainly uplifting for the team in many ways. Wimbledon are in a terrible run and they are unlikely to get anything out of this game based on recent form.

Wimbledon have been struggling on many fronts. The team has failed to score in three out of the last five League One games. Charlton might be missing some key players and the team conceded two goals in the last match, but the Addicks might be able to pick up three points quite comfortably.

Wimbledon are now without a victory in 21 matches as relegation becomes more likely for the team, who are in the 22nd place coming into the game. However, Wimbledon can still think about escaping the drop due to a four-point deficit to Gillingham who have played a game more. Cheye Alexander is doubtful for this game.

Charlton boss Johnnie Jackson could be making some changes to the starting line-up after the recent defeat to Lincoln. Alex Gilbey will be available after getting a straight red card against Lincoln, while Ryan Inniss and Chuks Aneke are out due to injury.

Recent Form, Stats, and Analysis for Wimbledon vs Charlton

FAQs on Wimbledon vs Charlton game 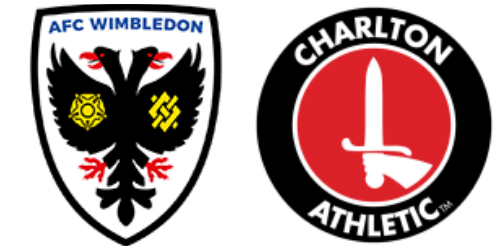 Where is the match going to take place? The Cherry Red Records Stadium