FC Twente take the road to Tilburg where a dejected Willem II await there challenge. Both sides are at the opposite ends of the points table and the distance between them is set to increase.

Free Match Tips from Punditfeed for Willem II vs Twente

Here are some bias-free tips we have put together for Willem II vs Twente.

The last two duels between Twente and Willem II concluded evenly in 1-1 affairs. It was Willem II who made the trips and as the venues are reversed, they will be confident of success. Ron Jans in the Twente dugout will be unfazed as his charges returned from Tilburg with a 0-3 win last time around. The visitors’ confidence will be higher as the Super Pitchers have lost ten matches in succession and have gone 13 matches without a win.

Goals have flown in matches involving Willem II and Twente but for very different reasons. In their last five outings, the Super Pitchers cannot stop conceding with 15 let in whilst only sending two strikes in the opposite direction. On the other hand, Twente has been in good form with 10 scored and four conceded in the same period. Given the form of both sides, we are backing a high scoring affair at the Konig Willem II Stadion.

The form of both Willem II and Twente can hardly be more difficult. The hosts have failed to score in three of their last five fixtures. The visiting Reds have been more prolific in this department and arrive in Tilburg to extend their nine-match run of goals in away trips. Three of their last five duels have seen both sides score, a fate we are predicting for this fixture given Twente’s poor defensive record on the road.

Looking for the best odds for Willem II vs Twente? We’ve got you covered. Check out our list of odds from the popular bookies and a few important stats to help you make a good prediction.

FAQ about Willem II vs Twente 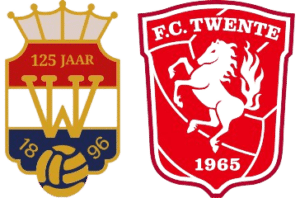 Where is the game being played? Konig Willem II Stadion.