Fleetwood Town will be the latest team to try and stop Wigan from getting back the momentum. The game between these two clubs will be held at the DW Stadium in Wigan.

Wigan suffered a heavy 3-0 defeat at the hands of Sunderland, as the defensive problems for the team hit a new low. After Bailey Wright opened the scoring with the opening three minutes, Sunderland have been gaining an advantage throughout the day. Fleetwood Town dropped valuable points against Portsmouth after failing to hold on to a lead. Crucially, Fleetwood had this commanding lead through goals from Anthony Pilkington, Harrison Biggins, and Patrick Lane.

Wigan have proved that the recent win over Wycombe might have been a flash in the pan, as the team are back to the struggling days. Fleetwood have not managed a victory in the league since beating Rotherham United back at the start of January. The reverse fixture produced a 3-2 victory for Wigan back in November.

Fleetwood have witnessed a 3-3 draw in two out of the last six matches. It is a testament to the efforts of several players. Wigan have been consistently poor in the defensive areas over the last few games. Fleetwood might be in a decent position to exploit the same.

Wigan did not score against Sunderland and this was the first time in five matches and that the Latics have not been able to find the back of the net. Fleetwood have shipped three goals in two of the last six games and the visitors are not entirely convincing when it comes to the defence.

Wigan vs Fleetwood: Between Top and Bottom Preview

Wigan have not been convincing in their pursuit of the top spot. The team has been quite inconsistent in the last few games and they have been unable to reclaim the top spot that they lost several weeks ago. Leam Richardson would be forced to make changes to the starting line-up with the likes of Charlie Wyke, Scott Smith, Jordan Cousins, and Thelo Aasgaard unavailable.

Fleetwood Town manager Stephen Crainey has Callum Camps available for selection after the completion of his suspension. Callum Johnson is ineligible for the game, while Brad Halliday is still out with a cruciate ligament injury.

Detailed Analysis of the Stats for Wigan vs Fleetwood

FAQs on Wigan vs Fleetwood game 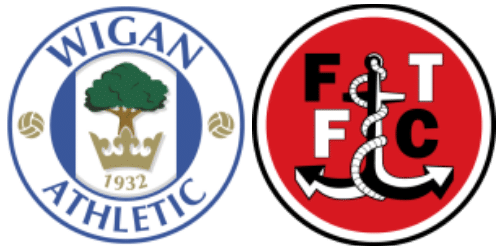