Sporting CP look to avoid further setbacks in the title race when they travel to the Estádio Do Vizela for a game against Vizela this weekend.

Vizela were finally knocked out of the Taca de Portugal this season following a 3-1 defeat at the hands of Porto. During the last league game, Vizela suffered a 1-0 loss against Moreirense. Sporting CP ended up suffering a major setback in the title race following a 3-2 loss against Santa Clara. The team, however, did progress to the semifinals of the Taca de Portugal with a 4-0 win over Leca.

Second-half to witness most goals

The last five matches for Sporting CP in all competitions have ended up with over 2.5 goals. There is a strong chance that Sporting CP will look to send out a statement after the defeat against Santa Clara. Vizela are a strong team at home with goals in three out of the last four games – including the effort against Porto in the Taca de Portugal game.

The volume of goals when Sporting CP take to field has gone up drastically. The champions have also kept just two clean sheets in the recent five games. Since Sporting CP are not entirely convincing at the back, this match could witness goals at both ends.

Vizela are dealing with a crisis in terms of the COVID outbreak, as a number of players are unavailable. There is a very high chance that Vizela may come out with a very weak line up for this game. Koffi Kouao is the player suspended, while Claudemir and Ivanildo Fernandes are unavailable due to injuries.

Sporting CP cannot afford any more drop points in the league after falling three points behind Porto. The club will be without Pedro Porro, Jovane Cabral, and Rúben Vinagre for this game due to injuries.

Analysing the Stats for Vizela vs Sporting CP 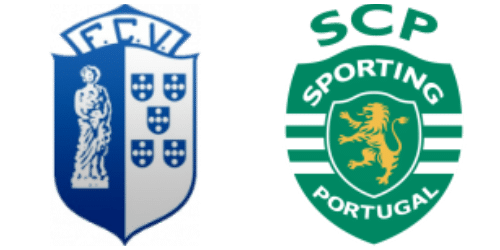