Vitoria Guimaraes look to put an end to the long-standing sequence of losses suffered at the hands of Sporting CP when they go up against the champions at the Estádio Dom Afonso Henriques in the late kick-off on Saturday night.

Vitoria Guimaraes picked up a second consecutive league victory after beating Maritimo 1-0 away from home. Just when it seemed that the game was heading to a goalless draw, Janvier scored late in the match. Sporting CP bounced back from their Champions League exit at the hands of Manchester City with a 2-0 win over Moreirense. Slimani and Paulinho were the scorers in the fixture.

Vitoria Guimaraes are the team with momentum coming into this fixture. The team’s additional preparation time for this match should also keep them in good stead. However, Sporting CP have enough strength in the squad to be able to put together yet another win over Vitoria Guimaraes. In the last six meetings between the two clubs, Sporting CP have ended up successful on five occasions.

This match features two teams who have been on the best run of form over the last couple of games. Vitoria Guimaraes are especially thrilled after picking up back-to-back league victories. Sporting CP have managed four wins in the last six games scoring an average of two goals per match in the process.

Vitoria Guimaraes have been able to get goals in three out of the last four matches. The resilience shown by the team has been quite good and Sporting CP’s run of three consecutive clean sheets in all competitions is likely to be broken.

Vitoria Guimaraes are inching their way towards the European spots. The wins over Famalicao and Maritimo has provided a nice boost for Vitoria Guimaraes. Pepa has the full complement of players available to him with only Tomas Handel unavailable because of injury.

Sporting CP have been far from asserting in the Primeira Liga over the last few weeks. It often just two wins in the last five matches across all competitions speaks for the mediocre form of Sporting CP. This can improve going forward with the club out of the European competitions. Goncalo Inacio is ruled out of the game due to injury while Zouhair Feddal has picked up a suspension.

Detailed Analysis of the Stats for Vitoria Guimaraes vs Sporting CP 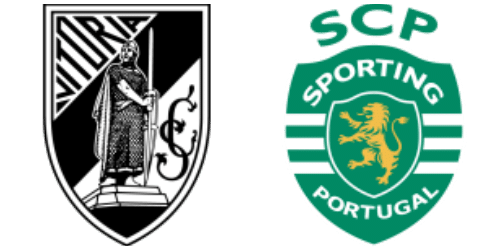