Vitoria Guimaraes look to avoid a third consecutive home defeat when they take on Pacos Ferreira at the Estádio Dom Afonso Henriques this weekend.

Vitoria Guimaraes ended up losing a game against table leaders Porto by a narrow 1-0 margin during the weekend. Meanwhile, Pacos Ferreira picked up a 2-0 victory over Maritimo to continue their good run of form. An early goal from Adrian Butzke set things off before Nuno Santos doubled their advantage just before the half-hour mark.

Vitoria Guimaraes have lost back-to-back matches at home, but they have faced two very difficult opponents in the form of Sporting CP and Porto. A match against Pacos Ferreira might do a world of good even if the visitors carry a good run of form coming into the future. Pacos Ferreira have picked up three wins in the last four games, but most of these wins have been in the home matches.

Among the recent five matches involving Porto or Vitoria Guimaraes, there have been under 2.5 goals in five matches. Only a handful of games have witnessed more than 2.5 goals whenever these two teams have been on the pitch. The trend is likely to continue.

Porto are the only team to stop Vitoria Guimaraes from scoring in the last five matches. Meanwhile, Pacos Ferreira do have a decent defence that has the potential to produce a decent defensive display. However, one of the two teams might end up failing to score given the recent form.

Vitoria Guimaraes have had significant setbacks in the race to finish in the top five places. The club has now fallen seven points behind Gil Vicente despite having played the same number of matches. Manager Pepa is missing a couple of players like Andre Almeida, Jorge Fernandes, and Tomas Handel due to various injury problems.

Pacos Ferreira have had a good run against Vitoria Guimaraes even if the current numbers do not speak the same. Manager Cesar Peixoto has to find a way to overcome the absence of players like Nicolas Gaitán, Joao Vigario, and N’Dri Philippe Koffi because of injuries. 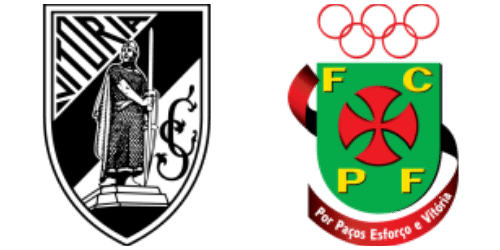