Famalicao look to make a string of wins when they travel to the Estádio Dom Afonso Henriques for a game against Vitoria Guimaraes.

Vitoria Guimaraes ended up losing for a third consecutive game after being beaten 3-0 by Benfica. Darwin Nunez was once again a key man for Benfica, as they powered to a comfortable victory. Famalicao, meanwhile, were able to enjoy another positive day out after beating Tondela 2-1 at home. Banza and João Carlos Teixeira were the scorers for Famalicao, while Tondela only grabbed a late consolation through Daniel dos Anjos.

Draw or win for Famalicao

Famalicao have picked up three consecutive victories while Vitoria Guimaraes are very low on confidence after losing four out of the recent five matches in the Primeira Liga. Even though Vitoria Guimaraes have had the better run in the head-to-head meetings between the two clubs, Famalicao are in a great position to claim victory from this fixture.

After having struggled to score goals only a few weeks ago, Famalicao have certainly been able to hit the jackpot over the last few weeks. The form of forward Simon Banza has been a significant factor behind the same. Famalicao have experienced 11 goals in 19 appearances from the 25-year-old. Vitoria Guimaraes’ weak defence can be taken advantage by Famalicao, who have witnessed goals on a regular basis.

Vitoria Guimaraes have scored just once in the last three matches, it is very difficult to rule out home goals from the team. After all, they have scored in all of the last nine matches at the Estádio Dom Afonso Henriques.

Vitoria Guimaraes are fast losing track of the top five places in the Primeira Liga. The team has fallen 12 points behind Gil Vicente in the first place. Incredibly, manager Pepa has never been involved in a stalemate with Famalicao, as his last 10 matches against the club has either produced a victory or a defeat. There are no injury or suspension worries for the home team.

Rui Pedro Silva has overseen a remarkable transformation in the fortunes of Famalicao. The three consecutive wins have lifted Famalicao to 11th place in the table. The manager will be without Ruben Lima due to a muscle injury, while Diogo Figueiras and Heriberto Tavares are also nursing other injury problems.

Recent Form, H2H, and Other Stats for Vitoria Guimaraes vs Famalicao 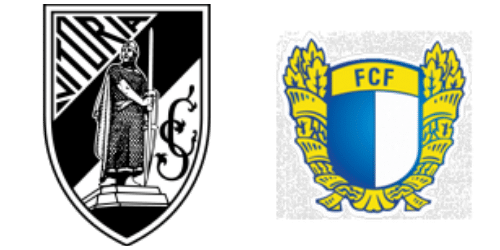