Vitoria Guimaraes are up against Casa Pia, who are fresh from a recent victory during the weekend. The Estádio Dom Afonso Henriques is the location for this game.

Vitoria Guimaraes lost for the first time in the league, as they were beaten 2-1 by Portimonense. Meanwhile, Casa Pia picked up the first league win in the Primeira Liga after beating Boavista 2-0 by using home advantage.

Vitoria Guimaraes might have fared little poor against Portimonense after letting slip a lead in the second half. However, the performances from Casa Pia have not provided a huge deal of encouragement especially when it comes to away matches. Vitoria Guimaraes have been performing very well over the last few weeks and they should pick up a victory in this home game.

The lack of goals is a big problem when it comes to Casa Pia, who have scored for the first in the league this season. Meanwhile, Guimaraes have been able to register at least a goal in all of the league matches. The defence of Casa Pia does not give a great deal of confidence to expect a tight match.

Casa Pia have been struggling in the offensive areas with the team only making use of a home game against Boavista to pick up the first goals of the season.

Vitoria Guimaraes have thrown away some crucial leads in recent matches. If not, the team would have been in a much better position. For the upcoming matches, Vitoria Guimaraes will have to do without André Almeida, who has made a switch to Valencia. Meanwhile, Jorge Fernandes, Tomás Händel, and Miguel Maga are missing due to injuries.

Casa Pia were able to pick up the first victory in the top flight after more than 80 years when they beat Boavista. The team were able to produce a solid performance in the game. Now, Casa Pia will be targeting a decent result in an away match with only Carnejy Antoine   missing due to injuries. 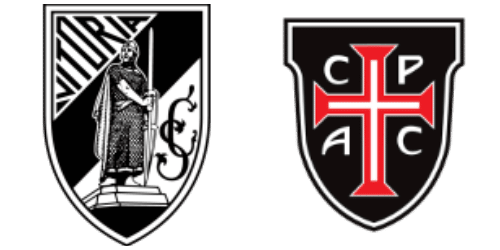