Vitoria Guimaraes go up against Sporting Braga at the Estádio Dom Afonso Henriques looking for a substantial boost that would lift them into the top five of the league table.

Vitoria Guimaraes were caught on the counter time and time again as they ended up losing 3-2 at the hands of Vizela in the recent game. Despite opening the scoring through Rochinha, Vitoria Guimaraes quickly slipped to a 3-1 deficit just after the hour. A late goal from Bruno Duarte turned out to be a consolation for Vitoria Guimaraes. Braga managed a comfortable 2-0 win over Moreirense to make it back-to-back league victories. After a goalless first half, Ali Musrati and Ricardo Horta scored in the second half.

Sporting Braga are back among the wins. Despite not starting the recent matches with a flourish, the second half performances from the team have been very good. Vitoria Guimaraes are very inconsistent especially at the back and this should hand victory on the plate for Braga.

Vitoria Guimaraes have been very poor at the back and three out of their last four matches have witnessed over 3.5 goals. There is a very good chance of witnessing another high-scoring match given that Braga tend to do well against this opposition. In the last six meetings against Vitoria Guimaraes, Braga have managed 10 goals.

Vitoria Guimaraes have not managed a clean sheet in 14 consecutive games across all competitions. The last clean sheet for Pepa’s men was in October against a lower league opponent in the Taca de Portugal.

Vitoria Guimaraes have been very entertaining in recent weeks, but the inability to keep clean sheets is costing the team. For now, Pepa’s men are in with a shout to finish in the Conference League qualification positions. There are no major injuries for the team apart from Andre Andre, while Ricardo Quaresma is doubtful.

Braga have been positioned just behind Benfica as a result of the third-placed team dropping too many points in the last few weeks. Braga have recently done well in the second half. Manager Carlos Carvalhal will be without Nuno Sequeira while David Carmo is doubtful for the game.

Analysing the Stats for Vitoria Guimaraes vs Braga 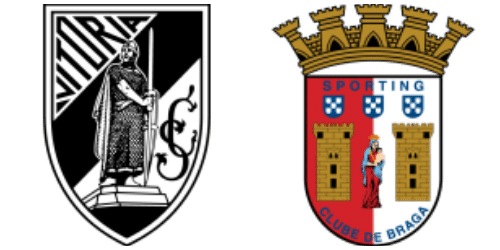