Venezia opened the new season with a match against Genoa at the Stadio Pierluigi Penzo this weekend. The best betting tips for this game will be covered in this preview.

Venezia had huge swings of emotion in the recent Coppa Italia game against Ascoli that finished as a 3-2 defeat. The match witnessed two late goals from Venezia and one injury time goal from Ascoli. Genoa also had a similar encounter as they beat Benevento 3-2.

The games between Genoa and Venezia can be very tough to call. Even though Venezia have not been able to beat Genoa in any game since 1997, they have at least been able to avoid defeat in the last two meetings. Last season, the games between the two clubs finished as a stalemate. One can expect a similar outcome in the upcoming meeting.

The recent Coppa Italia game for Venezia and Genoa produced over 4.5 goals in total. It would be surprising to see another high-scoring game especially when these two teams go up against each other. There have been some big wins for Genoa in this fixture but last season both matches produced less than 2.5 goals.

The latest meeting between Genoa and Venezia produced goals at both ends. Despite substantial strengthening in the summer, both teams do not appear to be exactly brilliant when it comes to the defence. It is likely that the upcoming match should witness goals at both ends.

Venezia vs Genoa: Italian Serie B Preview and Team News

Venezia have a new coach in the form of Ivan Javorcic, who is tasked with keeping the club very competitive in a bid to return to the Italian Serie A in the first time of asking. The early form under Ivan Javorcic is not very convincing and the club have largely backed the manager in the spine of the team with the signings of Aaron Connolly and Magnus Kofod Andersen.

Genoa start the game as one of the favourites to try and get promoted back to the Italian Serie A. The club have gone for Alexander Blessin in a bid to achieve promotion. The German has been backed quite well in the transfer market with signings like Radu Dragusin and Gabriel Charpentier on loan deals from Juventus and Frosinone respectively.

Italian Serie B Stats and Numbers for Venezia vs Genoa

FAQs on Venezia vs Genoa game 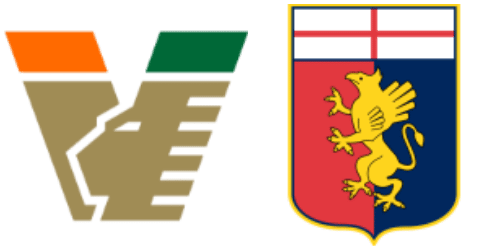 Where is the match going to take place? Stadio Pierluigi Penzo

Who is the favourite team to win the game? Genoa