Varberg and Degerfors go head-to-head for three Allsvenskan points on Sunday. Degerfors go in search of their third straight victory this weekend. Read our free predictions and find the latest odds for the fixture below in our detailed match preview.

Varberg have won only once of their last seven assignments ahead of their date with in-form Degerfors on Sunday. Read our top three predictions for this weekend’s fixture below.

Spirits are understandably low at Varberg following a run of just one victory in seven outings and another frustrating outing looks possible when in-form Degerfors come to town on Sunday.The visitors have exploded to life with two wins on the spin and with their confidence starting to build, they look under-priced in the double chance market at the Varberg Energi Arena.

Varberg and Degerfors have been among the Allsvenskan’s least-prolific teams in the opening exchanges of the new campaign and as such, bettors shouldn’t expect a deluge of goals when they meet. Varberg have notched just five times in eight fixtures so far while Degerfors have scored just six goals to date. With reliable scorers in short supply in both camps, back under 2.5 goals to be plundered on Sunday.

Degerfors star Abdelrahman Saidi has enjoyed a remarkable couple of weeks and the attacking midfielder managed to rattle home four goals in his last two Allsvenskan appearances. The 22-year-old has five goals in the bank for the campaign so far in total, already betting his haul from the previous season. Saidi is playing with a real swagger at present and he is worth backing to make his mark again at Varberg.

Varberg have clean bill of health this week and they will need all hands on deck to drag themselves out of their five-game winless slide. Varberg rescued a point at Goteborg last time out, though their only victory in four attempts at home this term came at the expense of bottom club GIF Sundsvall.

Like their hosts this week, Degerfors have few injury worries to contend with ahead of their trip to play Varberg on Sunday. Even though their recent back-to-back wins came against the Allsvenskan’s bottom two outfits, Degerfors’ confidence levels should be at their highest point of the season for Sunday’s game.

Top Betting Odds and Stats for Varberg vs Degerfors

View our rundown of the key stats for Sunday’s fixture below alongside a tool to help you choose the best odds. 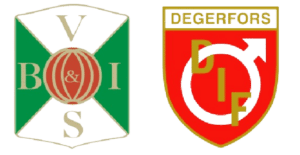 The bookies have made Varberg their favourites to claim three points this weekend.

Who is Degerfors’ leading scorer this season?

With five goals so far, Abdelrahman Saidi is Degefors’ leading marksman in the Allsvenskan this term.