PSV are narrowly trailing Ajax in the race for the title. Can they get a win here to keep the pressure on as we come into the final stretch? Find out with our Utrecht vs PSV preview here along with the predictions and free tips we mention along the way.

PSV have dominated Utrecht in the past; they’ve won 15 of the last 20 meetings between these teams. As a matter of fact, PSV lost just once in their last 11 clashes with Utrecht; they won eight and drew two of those 11 games. In the same vein, Utrecht have not enjoyed the best of form lately; they’ve won just one of their last four games. On the other hand, PSV have seven wins in their last nine games; they are unbeaten in those nine games. Considering the form of both teams, coupled with their head to head record; we’re predicting a win for PSV.

We’ll see goals for both sides

Encounters between Utrecht and PSV have seen a lot of goals on both ends; both teams scored in four of their last five clashes. In fact, nine of the last 10 meetings between these teams saw more than three goals scored. PSV have been one of the highest scoring teams in the Eredivisie this season; only league leaders Ajax have scored more goals than PSV. PSV’s games tend to be on the high-scoring side; all of their last six games went above the 2.5 goal margin. With this in mind, this will likely be a high-scoring game.

The best odds for Utrecht vs PSV

Utrecht have had some mixed results recently; they have two wins, two draws and a loss in their last five games. Utrecht will be going up against one of the best teams in the country; it’ll be interesting to see if Henk Veerman will help them get the upset.

PSV have been on fire recently; they have no losses in their last nine games in all competitions, with seven wins and two draws. Roger Schmidt’s men will look to extend that run to 10 games as they visit the Stadion Galgenwaard; Cody Gakpo is the one to watch.

The final word on Utrecht vs PSV 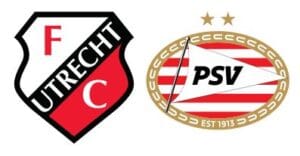