Union Saint-Gilloise go up against relegated Beerschot in the final regular-season game at the Stade Joseph Mariën.

Union Saint-Gilloise continued to press on momentum with a 3-1 win over Standard Liege. Even though Teuma’s early goal was quickly cancelled out by Sissako, late goals from Nieuwkoop and Nielsen did the job for the visitors. Beerschot failed to get any joy in the penultimate First Division A match of the season after losing 3-1 to Club Brugge. A second-half penalty from Shankland granted a consolation for the relegated outfit.

Union Saint-Gilloise manager Felice Mazzu has overseen a decent run of form from his team with three wins in the last four games, but it is pale in comparison with the dominance exerted by the team in the final third. Three out of the last four games have produced more than 2.5 goals. However, it is Beerschot’s bad defence that is likely to help this game going to the category of a high-scoring fixture.

Beerschot have now scored in back-to-back games and the team will want to go down the high. However, Union Saint-Gilloise are looking to register a first team sheet in five matches. They have generally been successful against Beerschot with a clean sheet in the last meeting.

Union Saint-Gilloise will be looking to maintain momentum ahead of the play-offs and the team are already having one eye on the form shown by Club Brugge coming into the fixture. Senne Lynen is the only player unavailable for manager Felice Mazzu ahead of this game.

Beerschot take on Union Saint-Gilloise knowing that it may take a while before they are back in the top division. After finishing more than 10 points behind Seraing, Beerschot will have little complaints about the way the season progressed. Frédéric Frans is only injury problem for the visitors coming into this game. 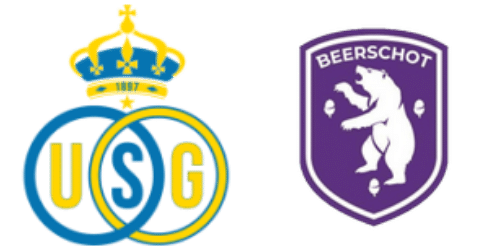