Tromso host league-leaders Lillestrom in the Eliteserien on Sunday. Lillestrom go in search of more points when they visit the Alfheim Stadion. Read our free predictions and find the latest odds for the fixture below in our detailed match preview.

Lillestrom put the Eliteserien’s last unbeaten record on the line when they travel to take on Tromso on Sunday. Read our top three predictions for this weekend’s fixture below.

Table-topping Lillestrom are the only team in the Eliteserien yet to taste defeat this season, which suggests the bookmakers have left them short in the double chance markets on Sunday. Their opponents, Tromso, have dropped points in five of their last six league assignments and they should struggle to match a Lillestrom outfit with momentum to burn following their searing run of seven victories in nine.

Lillestrom’s early-season results have been outstanding, however, if there is one fly in the ointment so far, it’s their defensive record on the road. The league leaders have yet to keep a clean sheet on their travels, though their excellent output at the other end has been enough to compensate so far. Both teams to score has landed in 100% of their away fixtures since the new campaign kicked off and we’re tipping that pattern to continue on Sunday.

Akor Adams has been Lillestrom’s away-day specialist this season and three of the 22-year-old’s Eliteserien four goals this term have been plundered on the road. Indeed, Adams has rattled the net in all but one of his team’s four away fixtures since the campaign’s start in Norway and the Nigerian is one to watch in the anytime scorers stakes again on Sunday.

Tromso have few injury complaints to report this week, so expect to see a similar line-up to the one that featured in their 1-1 tie with Viking at the weekend. Tromso’s clash with Kristiansund was postponed in midweek due to an outbreak of COVID in their opponent’s camp, so expect their players to have extra running power.

Lillestrom have the luxury of a clean bill of health ahead of Sunday’s tough test at Tromso. Lillestrom’s 2-0 win over Valerenga last time out allowed them to pull two points clear of nearest rivals Viking at the top of the Eliteserien. Geir Bakke’s side have pocketed a hugely-impressive 23 points from the first 27 on offer in Norway’s top tier to date.

Top Betting Odds and Stats for Tromso vs Lillestrom 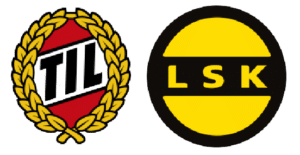 The bookmakers have priced Tromso as their favourites to beat Lillestrom on Sunday.

Gaute Helstrup is Tromso’s current manager having taken up the role in May 2020.